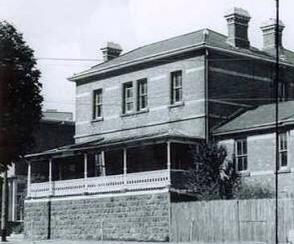 Considerable surprise was expressed on this day 1917, when it became known that Constable Edward Crimmins, who was stationed at Redan was found dead. He lived in Ballarat East, and left home in the morning apparently in good health. Failing to arrive home at the usual time, inquiries were made, with the result that his corpse was found in the quarters where he was changing into his uniform. The body was taken to the morgue. He was 47 years of age, and married.