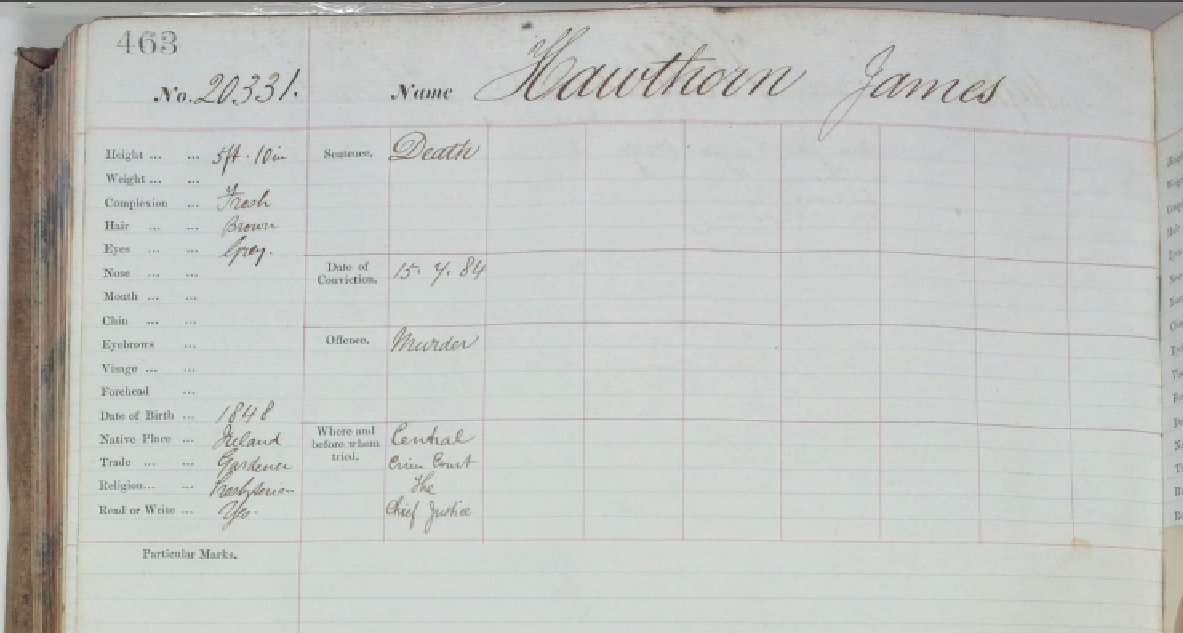 The trial of James Hawthorne, for the murder of his brother William Hawthorne, near Brighton, on March 21, was concluded in the Central Criminal Court, before the Chief Justice to day. His Honor, in charging the jury, said that at the outset he would tell them to dismiss from their minds the words which the deceased man was alleged to have uttered when he was shot. He would also tell them that even if the deceased man died from the effects of the treatment which he was subjected to after the wound was received, it would not affect the responsibility of the man who caused the wound. The evidence showed that a little animosity had existed between the brothers, and it was a true, but sad fact, that when brothers fell out they become very bitter enemies. Whoever murdered, William Hawthorne did not intend to rob him. The crime must have been committed by some one who had a grudge against him. It was also committed by someone who was well acquainted with the premises of the deceased. The man who fired the shot ran, away, exclaiming ” Ah, you b-, you have got it now.” Did not that show that the murderer had done what he had done to gratify some vindictive feeling. The jury retired to consider their verdict at a quarter past 10. At 20 minutes to 12 the jury returned into court. In answer to the associate’s question, the foreman said Guilty, with a recommendation to mercy.” His Honor : “On what ground ?” The foreman “The excited state of his mind.” His Honor: “Your recommendation will be considered by the Governor but it does not rest with me to consider it. The prisoner, when asked whether, he had anything to say why sentence of death should not be passed on him, said, in a somewhat disjointed manner, that he was innocent of the charge of which he had been found guilty and he was not frightened at that moment to meet his Maker. Sentence of death was pronounced, and the prisoner was removed.