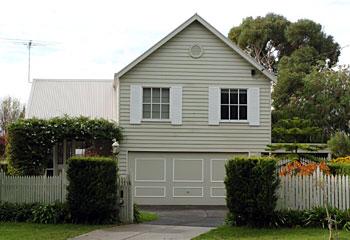 John Sharpe murdered his pregnant wife, Anna, and his nineteen-month-old daughter Gracie, in the Melbourne suburb of Mornington, on this day in 2004. During his trail Sharpe would became known by the media as the ‘Speargun killer’ or the ‘Mornington Monster’. Sharpe repeatedly fired a spear gun into the heads of his victims, and would later exhume the body of his wife, dismember her, then dispose of her body in a landfill. Claiming his innocence, he would later appear on national television in emotional interviews seeking information on his family’s whereabouts. Sharpe eventually confessed to the murders and was sentenced in 2005 to two consecutive terms of life imprisonment, with a non-parole period of 33 years. He will be eligible for parole in 2037.

Prisoners in the Botanic Gardens