An elderly woman named Blanda Gunn was charged at the Castlemaine Sessions with the manslaughter of Kathleen Farrell on March 4. Accused pleaded not guilty. The case arose out of the alleged unskilful treatment of tho deceased, who was suffering from cancer. The accused, who is known as Madame Gunn, treated Farrell, who was in a highly cancerous condition, and had, it was alleged, placed an arsenic plaster on her breast, which it was claimed induced pleurisy, the direct cause of death. For the defence, it was contended that death was due to cancer. The jury failed to agree, and the accused is to appear at the next Sessions. 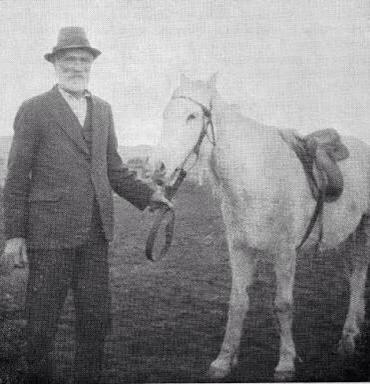 Closure of the Criterion Hotel in Wangaratta happened on this day in 1970, to make way for a Coles supermarket. It had been a favourite drinking hole for a wide variety of people over the years, from Jim Kelly (Ned Kellys brother) to Sergeant Steel.

A horse, which was being ridden along Arthur’s Creek road on this day in 1913 by Mr. Street, an orchardist, became unmanageable, and bolted. It attempted to jump Hurst bridge, which spans Diamond Creek, Melbourne, and in doing so, threw his rider over the bridge onto the bank about fifteen feet below. For a few seconds the horse hung balanced on a post directly above the fallen rider. Seeing the danger of the horse falling upon him, Street rolled under the bridge, and almost instantly the horse fell, going down head first. He broke his neck. Mr. Street escaped with a few scratches and a shock.

Lionel Richard Lee was interviewed by police for the murder of Betty Iva Leighton Jones, aged 28. Jones was shot at South Melbourne on the 3rd of March 1953.

The town of Broome, Western Australia was attacked by Japanese fighter planes on 3 March 1942, during World War II. At least 88 people were killed. Although Broome was a small pearling port at the time, it was also a refuelling point for aircraft, on the route between the Netherlands East Indies and major Australian cities.

Antonio Agostini, husband of the “pyjama girl,” has appealed to the Minister for Migration (Mr. Calwell) against an order for his deportation to Italy. In 1944, after a 10-year police search in 87 countries, Agostini was sentenced to six years gaol with hard labor for the manslaughter of his wife, Linda Agostini. The sentence, less remissions, has been served, but Agostini is being held at Peritridge pending deportation.. The deportation order was signed in July 1944 by Senator Armstrong, while Mr. Calwell was abroad. Agostini, who was 45, said he was being kept in gaol only until the first available ship. He arrived in Australia in 1927 but never became naturalised. The body of the “pyjama girl” was found four miles from Albury, N.S.W., on the 1st of September 1934. Clad in pyjamas she was tied in an old sack. The lower limbs were charred. Identity of the girl remained unsolved until 1943, when police traced the marriage of Miss Linda Platt, an Englishwoman to Agostini. Agostini, who had been interred during the war and later became a waiter. Agostini was arrested on the 3rd of March 1944. After a 23 day inquest and an eight-day trial, he was acquitted of murder, but convicted of manslaughter.

On this day in 1904, a gentleman riding on the dummy of a tram (bumper bar) in Richmond fell on the track, and was picked up in an unconscious condition. He was removed to the Melbourne Hospital, where he had several fits, and on being admitted to the casualty room expired. In his pocket was found a bank book in the name of Arthur Watson, of Drummond street, Carlton.

Merbein Lowe a 3 year old girl, the first child born in the Merebein settlement, was knocked down at home by a buggy on this day in 1913. The wheel passed over deceased’s chest severing her head, death was instantaneously. The father and mother were laid up very ill, the former being in the Mildura Hospital. The child was in the care of an aunt.

George Coward, colonial assistant surgeon, stated on this day in 1854, that he found the Geelong Gaol (known as Victoria’s Prison of the ill) had considerable difficulty in treating diseases, either mental or bodily, from the want of hospital accommodation. Prisoners, whether of sound or unsound mind, are mingled together, with few exceptions. In diseases of the mind, it is advisable for their proper treatment, that they should be kept separate and not exposed, as they are here, to contract with the prisoners that are daily entering and leaving many of those the most abandoned character. We have at present eight lunatics, two men and six women. We have but five private cells. There are two wards, 16 x 16. There are a number of other female prisoners besides, so that when turned out for exercise, they all meet together, the males only being separated. There is no ward here for diseased prisoners. The deceased, from the nature of her disease, was peculiarly offensive. I am in constant dread of some contagious disease arising in the gaols in this town, and which alone is prevented by the unremitting attention of the superintendent and his subordinates.

An inquiry into the death of Catherine Sarah Henrietta Worthington a married woman, aged 37, died on the 3rd of March 1934 through haemorrhage, caused by an illegal operation. Dr. Arthur Macarthur Lanphier, of Rosedale, was committed for trial at the Supreme Court, Melbourne, on the 16th of April on a charge of the murder. Bail was granted for a sum of £200 and one surety of £200.

Melbourne homicide detectives charged a 56 year-old Greek with the murder of Mrs. Everdike Politis, 55, at North Melbourne on the 2nd of March 1953. Mrs. Palitis. a widow, was found lying in the front bed room of her home. She had been stabbed.