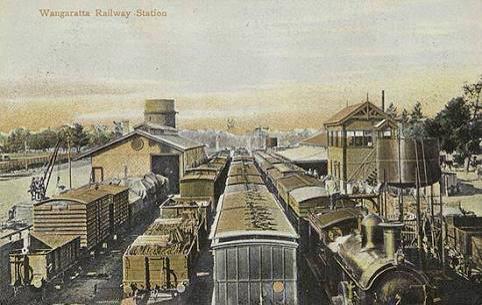 An accident at Wangaratta railway station on this day in 1894, brought to the end one young man’s dreams of making his fortune in the golden west. It was the time of the gold discoveries at Coolgardie WA, and a young man had boarded the train at Wodonga, to join a partner already in Melbourne, before taking a boat to Western Australia. At the Wangaratta station, the young man got off the train and fell into the ash put. As he climbed out of the pit, he was hit by the Beechworth Train. At first, it was thought his name was Martin Walsh from Allens Flat, the name on the suitcase he carried. Further investigations revealed that he was William Clapton Handley, 26 and a carpenter by trade. At the inquest it was found that if the stations had been better light, the accident may not have happened.