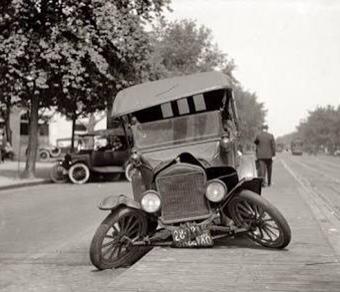 A finding of criminal negligence amounting to manslaughter against a motor car driver was recorded by the corner (Mr McLean P M ) at the city morgue. At about 6.45 p m on April 24 in High street Prahran, Charles Duigan Naples, aged 70 years, salesman of High Street, Armadale was knocked down and killed by a motor car driven by John Reuben Beddlson, engineer, of 58 Barclay avenue Malvern. Constable William C Smith in evidence said that after the accident Beddlson smelt strongly of intoxicating liquor and had to catch the handle of the car door to steady himself. Beddlson had to be assisted to the police station and during tests there was unsteady on his feet and thick in his speech Dr R. Miller of High street Armadale said that in his opinion Beddlson, was not in a fit condition to drive a car. Beddlson he said, told him he had had four bottles of beer that afternoon. Beddlson was committed for trial at the Court of General Sessions on July 2 Bail of £150 and a similar surety was granted.

Charge Of Manslaughter Against Machinery Manager