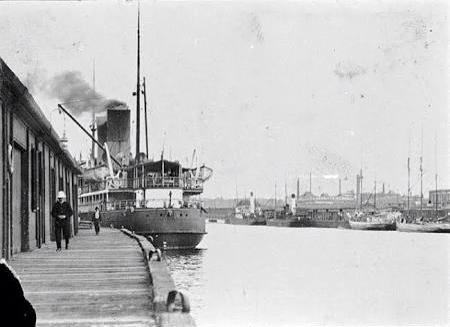 While the steamer Star of Australia was coming up the Yarra on this day in 1904, two seamen, named Wendt and Larson who were getting the gangway ready preparatory to landing, fell overboard into the river. Life boys were immediately thrown out, and several boats lowered. Larson was rescue in an exhausted condition, but although the steamer was slowed down, and every effort was made, no trace of Wendt was found. He was wearing heavy sea boots, and I’d believed to have sunk immediately.