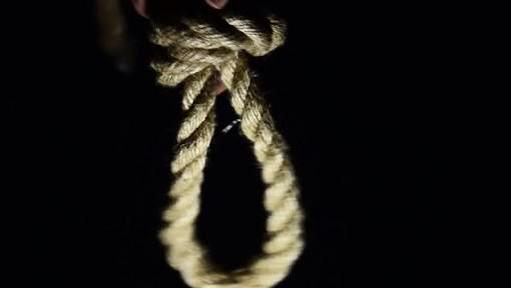 The sad penalty of the law was carried into effect upon Ptolemy and Bobby, the two unfortunate Murray blacks, convicted as the principals in the lamentable murder of the late Mr. Andrew Beveridge, jun. As we stated in our last, ever since the announcement of their doom to them, the culprits evinced a keen sense of their situation—Ptolemy bore it with much strength of mind, but it was too much for Bobby. Day after day he pined away in his cell, and grew more nervous to the last moment. The attentions of Mr. Protector Thomas worked a considerable improvement in the minds of the ill-fated beings. They fully felt their fate, and began to entertain a dim idea of an all-seeing Providence. On the morning of their execution, both appeared to be extremely ill at ease, and the workings of their muscles evidently betrayed the inward operations of their feelings: Bobby especially seemed unmanned. At the usual hour, the fatal procession left the “condemned cells,” and advanced on its fatal journey to the tread-mill yard, where the gallows was erected. The prisoners were attended by Messrs. Thomas, French, and Lacey, the latter having acted as one of the interpreters on their trial, and when they arrived at the foot of the scaffold, they appeared to be much distressed. Both burst out crying, and could scarcely be restrained. Previous to the pinioning, Mr. Thomas read prayers, and as well as he could endeavoured to impress them with the nature of the awful proceedings. On ascending the ladder, Bobby was scarcely able to stand, and required the assistance of Mr. French. Ptolemy, though completely exhausted, possessed much more presence of mind than his companion. On mounting the platform, Bobby could not face the crowd congregated outside, and turned round, but Ptolemy stood, as if in the calmness of death awaiting the moment when he was to plunge into the abyss of eternity. The executioner was, however, busy at his work, the ropes were adjusted, the caps were drawn down, the bolt was pushed, and the drop fell. Ptolemy expired instanter, without a struggle, his neck being broken in the shock. Not so with Bobby, as when the drop fell, he endeavoured, as a last effort for life, to get his foot on a portion of the platform. This broke his fall, and almost turned him head over heels, in consequence of which his struggles were protracted and severe. After hanging the usual length of time, the bodies were cut down, coffined, and interred. A number of persons were present, including many aboriginals, and a majority of women. This is highly disgraceful, but there is no use in remonstrating, the female sex must have its way, despite public opinion, the press, or even the dictates of every principle consonant with humanity.