Eric Harris Brockwell aged 24, at the Geelong Supreme Court was found guilty by a jury of the manslaughter of Horace Thomas Walpole, taxi-driver, on April 28. The Chief Justice, Sir William Irvine, said that the jury, by finding him guilty of manslaughter, had been very lenient. Therefore, he would impose the maximum sentence for manslaughter, 15 years.

With a bullet wound in his head. Walpole was found dead in his taxi on the Queenscliffe-road on April 28. In a statement which he read from the dock, Brockwell admitted that he had engaged Walpole to drive him, and that he had an argument with Walpole. He added that he pulled out a sawn-off rifle and tried to frighten Walpole.

“I had no intention of killing him.” said Brockwell “and I am not guiltv of murder. I was muddled with drink at the time.”

John Rotherwood Williams, boot-maker, was sentenced to two years’ gaol for the manslaughter of William Thomas, a gardener at Greensborough, on April 28, 1926. The evidence showed that when Williams’ car collided with Thomas’s cart he left Thomas lying seriously injured on the roadway, despite his cries for help. Thomas died later.

Melbourne was announced as the host city for the Games of the XVI Olympiad on 28 April 1949, beating bids from Buenos Aires, Mexico City and six other American cities by a single vote. The Olympic Games commenced with an opening ceremony in November 1956. Because Melbourne is located in the southern hemisphere, the Olympics were held later in the year than those held in the northern hemisphere. Strict quarantine laws prevented Melbourne from hosting the equestrian events, and they were instead held in Stockholm on June 10, five months before the rest of the Olympic games began. Despite boycotts by several countries over international events unrelated to Australia, the games proceeded well, and earned the nickname of “The Friendly Games”. It was at the first Australian-held Olympics that the tradition began of the athletes mingling with one another, rather than marching in teams, for their final appearance around the stadium.

Today marks the anniversary of 35 people who lost their lives at the hands of a gunman at the beautiful Port Arthur Historic Site in Tasmania, Australia.  Their deaths changed Australia forever. 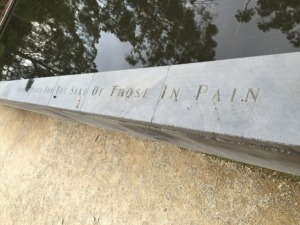 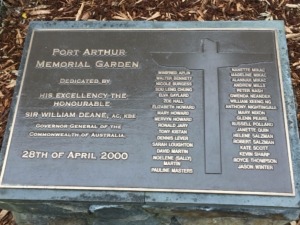 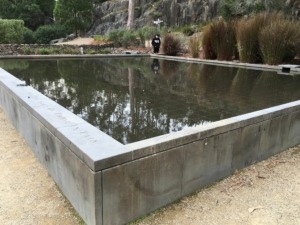 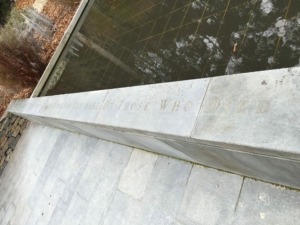 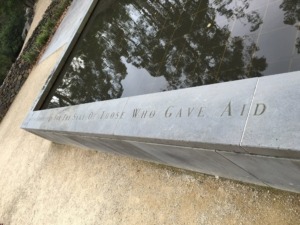 THE MURDER OF MR. PRICE.

On this day in 1857, at eight o’clock, Thomas Williams, Henry Smith alias Brennan, and Thomas Maloney, the first three prisoners convicted at the late Special Sessions of the murder of the late Inspector General at Williamstown, on the 20th March last, were executed in the Melbourne Gaol. The unhappy men, who were all members of the Roman Catholic Church, were attended in their last moments by two ecclesiastics, and it, will be satisfactory to the public to know that all exhibited the appearance of sincere contrition for their criminal career, find patient resignation to their fate. It is remarkable, however, that only one of them, the convict Maloney, made any reference to the crime for which he was about to suffer, and of, which he declared himself innocent to the last. The other two, Williams and Smith, maintained from the first in perfect reserve upon the subject. To those familiar with the criminal character, and its notorious and habitual cunning, this circumstance will not appear in the least subversive of the verdict, of the jury, or of the righteousness of the sentence, as it is quite probable that one or all of the three cherished to the last some faint hope that the penalty would be commuted. There is reason to believe that Smith certainly did this, in consequence of the recommendation to mercy which in his case accompanied the verdict. Of course, a confession of guilt would be incompatible with such expectations. A few minutes after eight o’clock, the condemned men were removed from their cells, and brought into the corridor. Maloney came first, then Henry Smith, and last Thomas Williams. Maloney and Smith appeared in the act of fervent and unceasing prayer. Smith hold his hands closely pressed together above his head, and his lips moved rapidly. Maloney fixed his eyes upwards and never once removed them, also continuing to pray silently, and repeatedly placing his right arm across his breast in the manner of penitential humiliation. He held a crucifix in his hand. Williams did not appear to be so devoutly inclined as the others at first, but as though even his hardened nature had become affected by their example, his lips at length moved rapidly, and he continued to pray to the last. The demeanour of the three was most becoming and reverent. As the process of pinioning was going on, Maloney leaned over and whispered some last request to his spiritual adviser. When all was ready the sad procession moved on, and as it was passing from the corridor the prisoner Smith turned round and made a low bow to the persons who were looking on, as though taking his last farewell of his fellow creatures. Smith appeared to feel his awful position very keenly, and all three betrayed the symptoms of a strong mental and physical agitation, which was with difficulty mastered. Maloney was the first to ascend the scaffold, then came Smith, who was slightly supported by one of the warders, and lastly Williams. In a few minutes the preparations were completed and the drop fell. Smith and Williams seemed to die instantly, but Maloney, who was a slightly framed man, gave a few convulsive movements, and than all was over. The prisoner Maloney came to tho colonies in the year 1840, in the ship King William, a prisoner. He was subsequently convicted of felony and had a sentence of five years hanging over him from 9th August, 1853. His age was S3. He could not read or write, and was a native of Tipperary, by trade a butcher. Henry Smith, or Brennan, came free to the colony in the Coromandel, in 1817. He was 37 years of age when executed, and had previously been convicted of horse-stealing. He was a native of Dublin, and could not read or write. A sentence of six years from 15th August, 1854, was impending over him. Thomas Williams was thirty-two years old, and came to Australia a prisoner in the year by the ship Constant, for robbery. After completing his time, he was, on the 18th November, 1832, convicted on three separate charges, and was sentenced successively to twelve years, six years, and twelve years penal servitude, in all thirty years. He could read imperfectly.

William Gilmore was charged with shouting MURDER in the gaol yard, charge by senior turnkey, was given 3 days in solitary confinement on bread and water.

The Geelong news paper wrote on this day in 1910, about the numbers of prisoners in the Geelong Gaol. Over the last 10 years the daily average number of prisoners in Geelong was between 130 to 140. Now it fluctuates slightly on either side of 100, and would not be that high if not for feeble men being taken off the street.

George Scott, landlord of Scotts Hotel, was charged with making use of bad language in the street, and received three months imprisonment in the Geelong Gaol.

Bartolo Natoli, aged 35, an Italian, appeared at the Geelong City Court, charged with the murder of Edward Arthur Jenkins, aged 31, a laborer. The police stated that it was alleged that Natoli stabbed Jenkins three times with a knife in an affray on April 27, and Jenkins subsequently died in hospital. The police have possession of a stiletto-shaped knife, 11 inches long, alleged to have been used in the affray.

An inquiry was held at Romsey into the circumstances of a fire at the Commercial Hotel on April 27, where by James Dick met his death, and the premises were totally destroyed. Dick’s charred remains were found in the debris. A large number of witnesses were examined, and at the close of the evidence the Coroner declared that the fire was caused by Robert James Hedley and Robert Johnston, and that they were guilty of the wilful murder of Dick. The accused were committed for trial. Hedley is the husband of the owner. The premises were insured for £980, and the furniture and Stock for £450. Evidence was given that the destruction of the hotel was caused by two distinct fires, separated by 26ft. and two stonewalls. each 18 inches wide.