At an inquest into the death of Margaret Jean Alexander, aged 20 years, of Belfast road, Montrose, on April 26, the coroner Mr. D. Grant found that she had died from shock and cardiac paralysis, due to an illegal operation. May McNeal, of Bennett street, Richmond, was committed for trial at the Criminal Court on June 10 on a charge of murder.

A Greek fishmonger who was alleged to have stab bed his employee on April 26, died in the Pentridge Gaol hospital on Sunday, it was stated in North Melbourne. John Athenis, 59 year old fishmonger of West Melbourne, had been charged with having wounded Stanley Banos, his employee, with intent to murder him. Banos was still in the Royal Melbourne Hospital recovering from wounds, it was stated. The charge against the dead man was withdrawn. 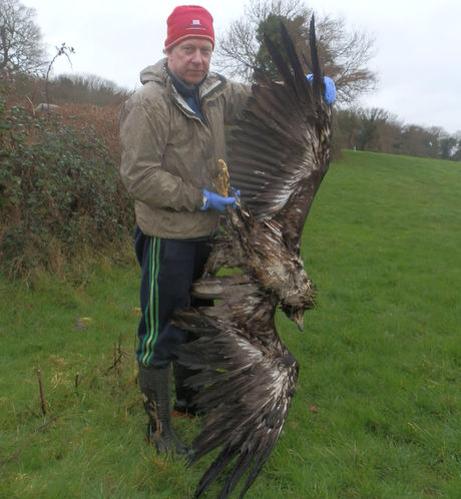 A giant bird was shot on this day in 1932. Miss Boardman, of Bangaroo station, stated “The Wedge Tailed Eagle that was shot measured 7ft 3 in from wing-tip to wing-tip.’

The Chernobyl disaster was a catastrophic nuclear accident that occurred on the 26th of April 1986 at the Chernobyl Nuclear Power Plant in the city of Pripyat, then located in the Ukrainian Soviet Socialist Republic of the Soviet Union (USSR). An explosion and fire released large quantities of radioactive particles into the atmosphere, which spread over much of the western USSR and Europe. The Chernobyl disaster was the worst nuclear power plant accident in history in terms of cost and casualties. It is one of only two classified as a level 7 event (the maximum classification) on the International Nuclear Event Scale, the other being the Fukushima Daiichi nuclear disaster in Japan in 2011. The struggle to contain the contamination and avert a greater catastrophe ultimately involved over 500,000 workers and cost an estimated 18 billion rubles. During the accident itself, 31 people died, and long-term effects such as cancers are still being investigated.

A young boy survived a brutal attack by two Wedge Tailed Eagles. A gentleman riding a horse, on this day in 1845, saw a child, about four years old, who, having recently strayed some way into the bush, that had been attacked by two Eagles. The child’s head was considerably disfigured and had been pecked in several places. The boy stated that one of the eagles lifted him up some distance, and then dropped him. He fell with his face on the ground, in which position he was found by a casual passenger, who conducted him to his parents.

David Magee, convicted at the last Criminal Sessions at Castlemaine of murder, under the circumstances then detailed in the Argus, suffered the extreme penalty of the law yesterday morning, at the usual place of exceution, the common gaol at Melbourne. The prisoner, who was a man nearly seventy years of age, declared his innocence to the last. He was an old sailor, and had served under Lord Nelson, at Trafalgar. He was transported for smuggling in 1821. He betrayed but little fear of death; and his body was buried in the usual place in the New Cemetery. A considerable number of people assembled to witness the execution. 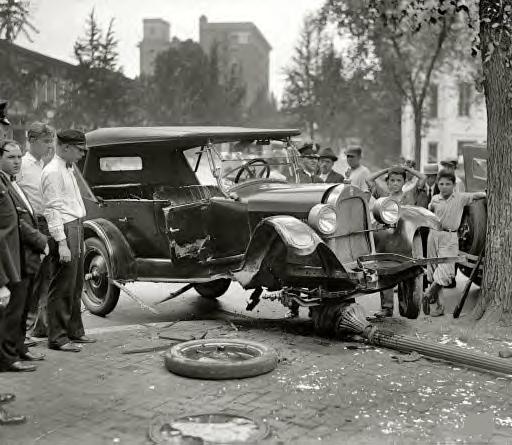 On April 25 William Thomas was knocked down and killed by a motor car. Since that date the police have been searching for the driver, who, they allege, did not pull up. They have arrested a man at Collingwood. John Williams (36) appeared before the court on a charge of manslaughter. The police allege that Williams admitted that it was his car which knocked down Thomas. It is alleged that he also told the police that he had burnt a bloodstained dustcoat that he was wearing when Thomas was killed, and had thrown parts of the broken windscreen into the river.

The whole of Wangaratta’s population turned out to welcome home the troops from overseas. A grand procession made it’s way though the streets, under the commemorative arches, led by the highly regarded band from St Augustine’s Orphanage in Geelong. The procession included 20 light horsemen, 75 returned men, 20 senior cadets, and a motley crew of people mostly in fancy dress. Bill Sykes dressed as a clown on 20ft high stilts .

Mr. G. N. Ashton, formerly secretary to the Returned Soldiers’ League, was appointed to the staff at the Geelong gaol, on this day in 1925.

Margaret Johnson was brought from Howlong to Mayday Hills Lunatic Asylum on the 7th of May 1868, by her brother in law William Johnson. Johnson escaped from the Asylum on this day in 1869, and was not seen again. It was believe that she crossed back over the boarded into the colony of New South Wales. 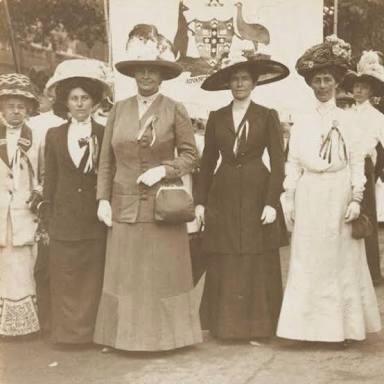 Women in South Australia gained the right to vote in 1894, and voted for the first time in the election of 1896. It is generally recognised that this right occurred with the passing of a Bill on 18 December 1894. However, a letter from the Attorney-General advising Governor Kintore that Royal Assent would be required to enact the Bill, is dated 21 December 1894. The Bill was enacted when Queen Victoria gave Royal Assent on 2 February 1895. The first election after women gained the right to vote was the Legislative Council election of 25 April 1896, for which women enrolled quickly and in considerable numbers. South Australia was the first colony in Australia and only the fourth place in the world where women gained the vote. The issue of women voting had been discussed since the 1860s, but gained momentum following the formation of the Women’s Suffrage League at Gawler Place in 1888. Between 1885 and 1894, six Bills were introduced into Parliament but not passed. The final, successful Bill was passed in 1894, but initially included a clause preventing women from becoming members of Parliament. Ironically, the clause was removed thanks to the efforts of Ebenezer Ward, an outspoken opponent of women’s suffrage. It seems that Ward hoped the inclusion of women in Parliament would be seen as so ridiculous that the whole Bill would be voted out. The change was accepted, however, allowing the women of South Australia to gain complete parliamentary equality with men. 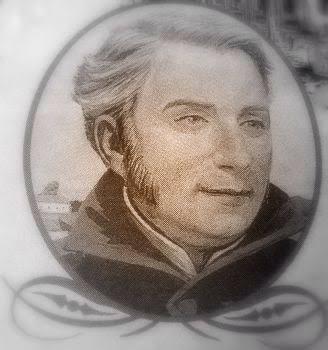 Australia’s first postmaster was Isaac Nichols. Nichols had arrived with the Second Fleet on the Admiral Barrington in October 1791 after being found guilty of stealing and sentenced to seven years transportation. However, he was found to be a diligent worker, greatly trusted by Governor Hunter. Although accused of receiving stolen goods in New South Wales in 1799, his innocence was upheld by Hunter, who believed evidence had been planted against him. He ordered the suspension of Nichols’s fourteen-year sentence, but it was not until Philip Gidley King’s government that Nichols was awarded a free pardon, in January 1802. An enterprising man, he bought several properties and even established a shipyard, becoming quite prosperous. In 1809, Nichols was first appointed superintendent of public works and assistant to the Naval Officer. One month later, the same month that Governor Macquarie arrived in New South Wales, Nichols was appointed the colony’s first postmaster on 25 April 1809. Nichol retained this position until he died in 1819.