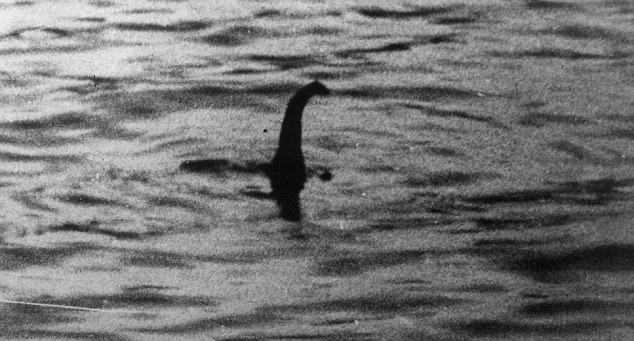 In folklore, the Loch Ness Monster is a being which reputedly inhabits Loch Ness in the Scottish Highlands. It is similar to other supposed lake monsters in Scotland and elsewhere, although its description varies; it is described by most as large. Popular interest and belief in the creature has varied since it was brought to worldwide attention in 1933. Evidence of its existence is anecdotal, with few, disputed photographs and sonar readings.

The most common speculation among believers is that the creature represents a line of long-surviving plesiosaurs.  Most of the scientific community regards the Loch Ness Monster as a myth, explaining sightings as misidentifications of mundane objects, hoaxes, and wishful thinking. The creature has been affectionately called Nessie since the 1940s.

The word “monster” was reportedly applied for the first time to the creature on 2 May 1933 by Alex Campbell, water bailiff for Loch Ness and a part-time journalist, in an Inverness Courier report.  On 4 August 1933 the Courier published a report by Londoner George Spicer that several weeks earlier, while they were driving around the loch, he and his wife saw “the nearest approach to a dragon or pre-historic animal that I have ever seen in my life” trundling across the road toward the loch with “an animal” in its mouth.  Letters began appearing in the Courier, often anonymously, claiming land or water sightings by the writer, their family or acquaintances or remembered stories.  The accounts reached the media, which described a “monster fish”, “sea serpent”, or “dragon” and eventually settled on “Loch Ness monster”.

On 6 December 1933 the first purported photograph of the monster, taken by Hugh Gray, was published in the Daily Express; the Secretary of State for Scotland soon ordered police to prevent any attacks on it.  In 1934, interest was further piqued by the “surgeon’s photograph”. That year, R. T. Gould published an account of the author’s investigation and a record of reports predating 1933. Other authors have claimed sightings of the monster dating to the sixth century AD.