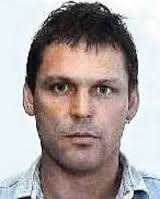 Lewis Caine (also known by the aliases Sean Vincent and Adrian Bligh) was an Australian organized crime figure who was murdered on 8 May 2004 during the Melbourne gangland killings. He was a self-proclaimed martial arts expert, but this was disputed by the police. Caine was portrayed by actor Marcus Graham in the television series Underbelly. Caine was convicted of the murder of David Templeton outside Lazars nightclub in King Street, Melbourne in 1988 and was released from prison in June 2000 after serving 10 years of his 15 year sentence. He was on parole at the time of his murder.