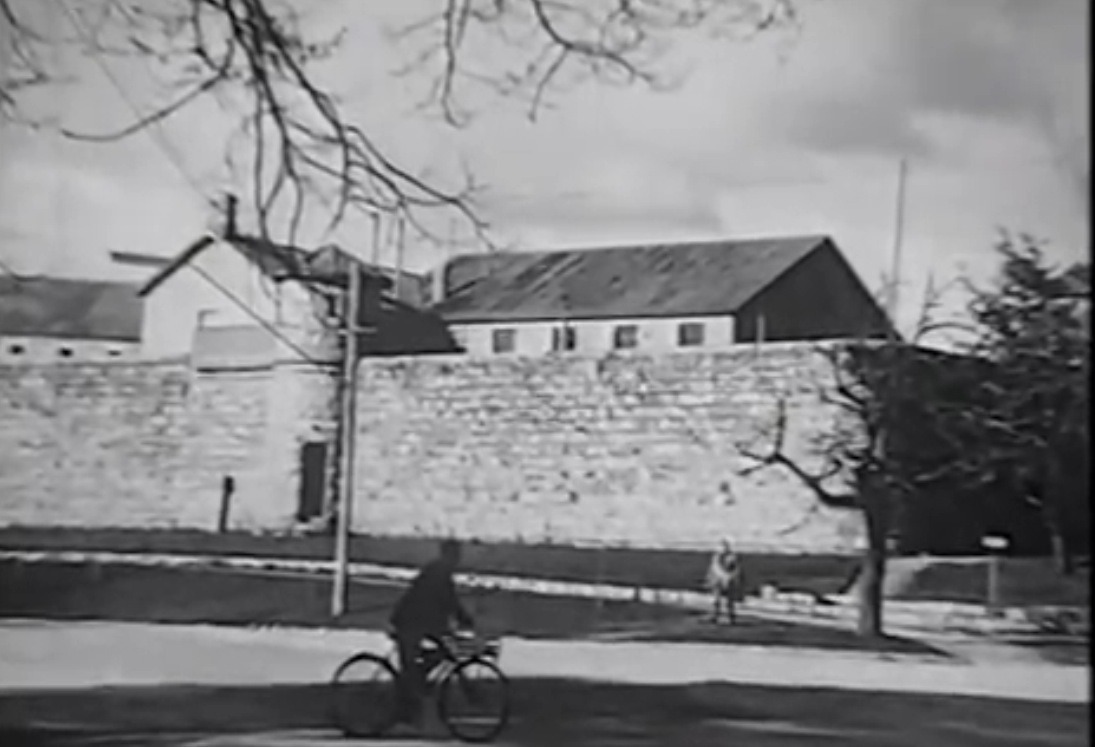 The execution of the two men James Smith and Thomas Brady, who were condemned to death at the Beechworth Circuit Court for the murder of Mr. Watt, at Wooragee, took place in the Beechworth Gaol. At 7am the irons were struck off the condemned men. Smith was the first brought out of his cell, which is only 8ft. from the drop. He appeared to feel his position very keenly, trembling in every limb, and we question whether his countenance was more livid after death than at this moment. The hangman William Bamford at once without an instant’s delay proceeded to adjust the rope. The lips of the unfortunate man trembled, and we could perceive that he was desirous of speaking, but that the words were choked or kept back by the intense emotion which made his frame so tremulous. At length, however, half turning towards the sheriff, who stood on the left of the drop, Smith inquired, “When may I speak?” There was an appealing, beseeching look about the eye which we can never forget. The question was repeated a second time, the prisoner in his great eagerness not having given the officer addressed time to reply. At this juncture it did not require a very keen observer to note that the fear predominant in the man’s mind was, that he would be “turned off ” by Bamford before he had the opportunity of saying what he desired; and then, after the sheriff had answered, “You may speak now, and say anything you have to say,” Smith looked for a moment at those around him, cast a glance at the hangman’s countenance, and seemed to despair of getting anything like a sympathetic audience. The result of his quick, nervous survey almost unmanned him, and it was with difficulty that, in a low voice, and from the direction in which he turned his head we think addressing the sheriff rather than the people, he said, “All that I have to say is, that I have given a document to the governor of the gaol of what we have to say in our defence, and of ourselves.” These words had scarcely passed the lips of Smith before Bamford put his head in position, and drew the cap over his face. Bamford next proceeded to the cell, and led forth Brady. In a moment the rope was round his neck, in another James Smith and Thomas Brady were hanging by their necks, the former in the agonies of the death struggle, which lasted for two or three minutes, the latter dead, having been instantaneously deprived of life. Whilst the executioner was bringing out Brady, the Rev. Dean Tierney read the prayers of the church by the side of the drop, and continued doing so until the bolt was drawn. Smith responded after the reverend gentleman in an audible and deeply reverential voice, but Brady had scarcely touched the scaffold, and had hardly time to realise where he was, before the rope was over his neck, his face covered with the white cap, and (in a second afterwards) his soul in eternity. The two convicts were executed in the same clothing worn by them at their trial. Smith had fallen off, but there was very little, if any, apparent difference in Brady. The bodies were left hanging the usual time prescribed by law; the certificate of execution was signed by several of those who had witnessed it, and the dreadful scene closed. Of course the formality of an inquest had to be gone through, but there could be no difficulty in arriving at a verdict in this case.

A Plea of Self-Defence
Scroll to top Book online now!