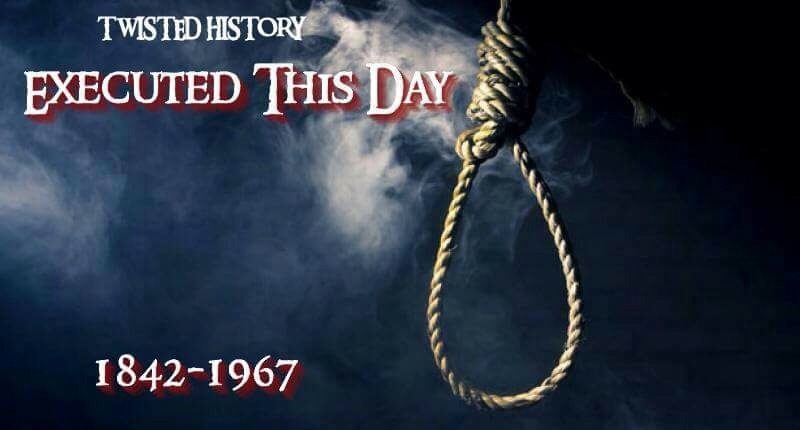 John Duffus, age 50, was executed on this day in 1876 in Castlemaine for a charge of Rape. Mrs. Duffus, who was living isolated with her family, husband and three daughters at the Bendigo Creek, near Goornong, gave information to the police that her husband, John Duffus, had criminally assaulted his own daughter, Mary Ann, 11 years of age. Mounted Constable Clark arrested Duffus, who was formally placed in the dock at the City Police Court at Sandhurst (now Bendigo) and charged with carnally knowing a girl under 12 years of age, a capital crime. Duffus not only had assaulted his youngest daughter between the 27th January and the 17th February, but also had incestuous relationships with his elder daughters, at that time 22 and 15, who both became pregnant. The youngest daughter affirmed that her father had abused her for a period of over four years, which was confirmed by a medical officer who examined her. The isolated condition of the family and the thorough control which Duffus obviously exercised over all family members was the reason why his crimes had been detected earlier. John Duffus was convicted of rape at the Criminal Sessions of the Assize Court at Sandhurst, and was sentenced to death on 29 April 1876. He was hanged at Castlemaine Gaol on this in 1876, at 10am