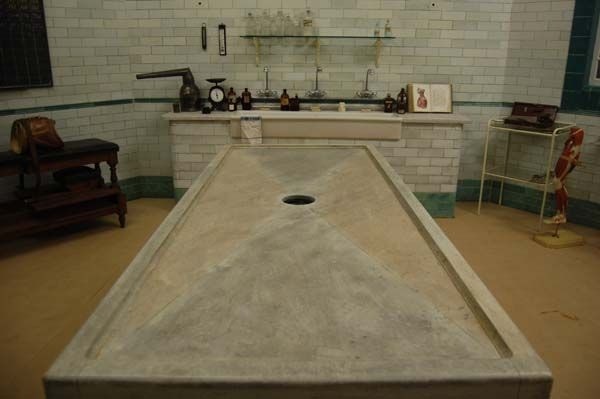 At the morgue the inquest into the circumstances relating to the death of the postal employe Thomas Best, was continued. ‘The particulars of the case were that Best, who was arrested on a charge of larceny, died through taking an alleged doss of strychnine. The inquiry was adjourned last Friday in order to ascertain further evidence with regard to the purchase of the strychnine. The evidence of Best’s wife was to the effect that when he became very ill she wanted to send for a doctor, but hen husband objected, sating that he would soon be better. He appeared to become better for a short time, but he rapidly became worse, and died at ten minutes past 1 on Thursday last. On being cross-examined she stated that she knew her husband bought some strychnine some time ago to poison rats, and she had thought it was used for that purpose. Shortly before his death he stated that if anything ever happened to him, he would never go to gaol. Mrs. Vale, of Kensington, who carried on business as a pharmaceutical chemist in that suburb, gave evidence relating to the purchase of the strychnine at her dispensary. On Tuesday last, he asked her for the poison for the purpose of destroying a dog. His signature in the book was witnessed by her son. According to the evidence of Dr. Mollison, death was, he believed, due to poisoning by strychnine. The brain appeared to be of an unhealthy nature. The deceased’s father, James Best, of Geelong, gave evidence to the effect that when deceased was a child his brain was unhinged through au accident. The finding of the coroner was that- death was due to poisoning by strychnine, and was self administered, and according to the evidence deceased was unsound in his mind at the time.