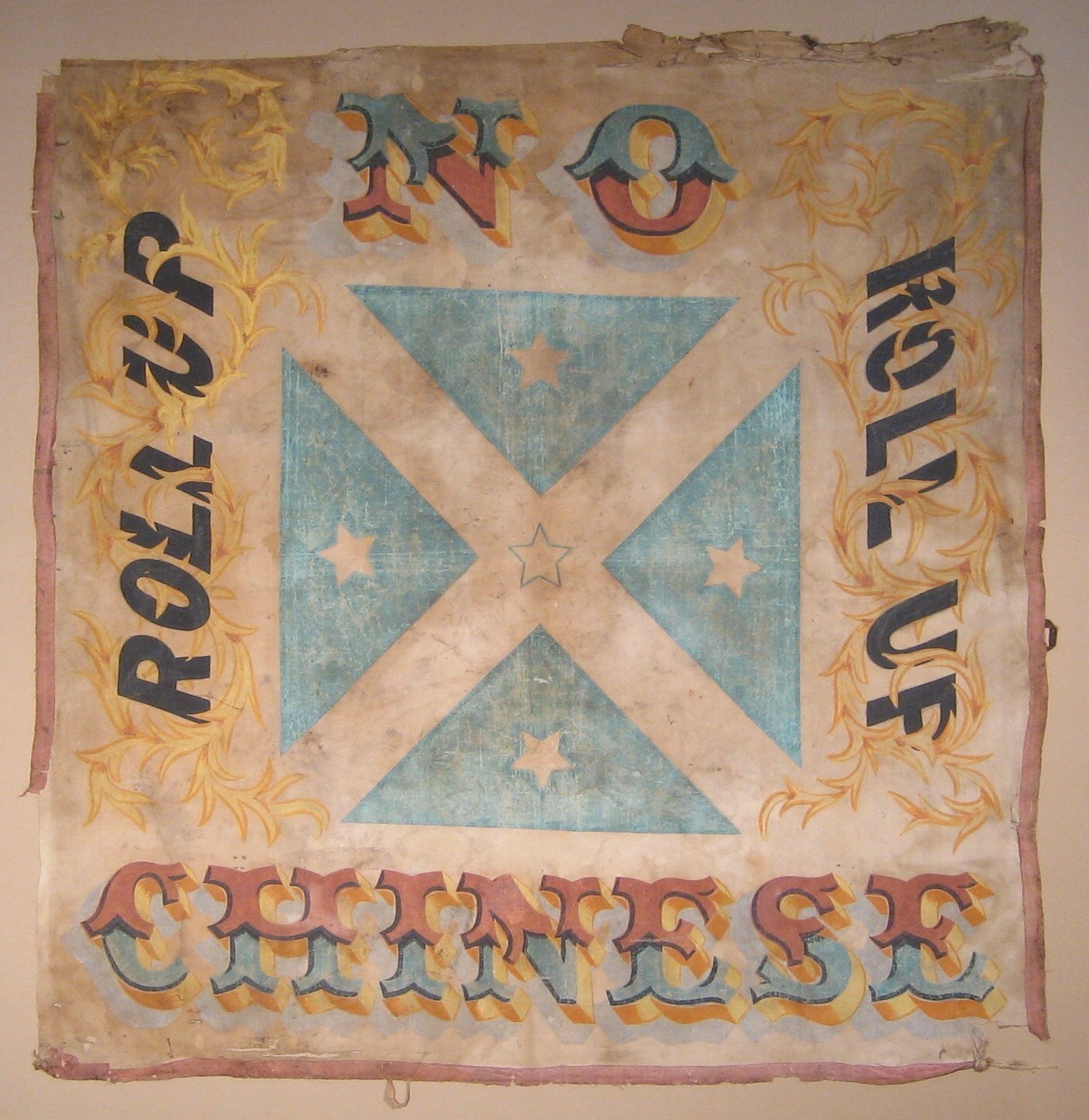 The present-day town of Young in the central west of New South Wales began as a gold-mining settlement known as Lambing Flat. At the height of its popularity, the rich alluvial gold deposits attracted a population of around 20 000. While most of the diggers were from other parts of Australia, many migrants came from Europe and North America. Around 1000 miners were Chinese, and they soon became the target of violence from the “white” diggers. The Chinese were not welcome on the Australian goldfields. They were thorough workers, often picking meticulously through the discarded tailings or abandoned mines of other diggers. They were viewed with suspicion as few spoke English, and they were regarded as idol-worshippers. Chinese mining methods used more water than European methods, and such practices were not appreciated in a country known for its heat and droughts. Furthermore, few of them traded their gold in the towns, preferring to store it up and return to China with their wealth. The colony of Victoria was the first to introduce Anti-Chinese immigration legislation, imposing a poll tax of £10 per head for each Chinese person arriving in Victorian ports in 1855. Within a few years all other colonial governments had enacted similar laws to restrict the number of people from China entering the colonies. This did not stop the Chinese from arriving in droves and spreading out to goldfields in New South Wales and Victoria. During the first year of the gold rush on the Lambing Flat fields, there were four major clashes between the Chinese and white diggers in the region. Following the first riot in October 1860, a Sub-Commissioner and three troopers were assigned to the goldfield, but this did not prevent a second riot occurring just two months later. After the third riot late in January of 1861, more troopers were sent, and for several months there was relative peace at Lambing Flat. However, the most vicious attack was yet to come. Tensions came to a head on 30 June 1861. It is estimated that around 3 000 European diggers banded together in a rowdy gang called a “roll up” and, armed with picks, whips, knives, sticks and anything that could be used as a weapon, converged on the Chinese camp. Chinese tents and equipment were destroyed, gold plundered, and dozens of the men themselves had their pigtails, or ‘queues’, cut off – a matter of great dishonour for them – or worse, they were scalped. An unknown number of Chinese were murdered: although the official death toll for Chinese was given as two, eyewitness accounts suggest between 30 and 40 were killed, and several hundred more injured. The flag carried by the diggers, on which was written ‘Roll-up Roll-up No Chinese’, is now on display in the Lambing Flat Folk Museum. The Lambing Flat riots continued for several more weeks, settling only after military intervention and the arrest of the main ringleaders among the white diggers. However, public outcry at these arrests caused many of the ringleaders to be released. In the end, only one person was actually convicted and gaoled. The name ‘Lambing Flat’ was changed to ‘Young’ after then-Governor of New South Wales, Sir John Young, in an attempt to wipe the atrocities of June 30 from the history of the town. The government responded, ironically, not with legislation to protect other racial groups, but with laws restricting access to goldfields for ‘aliens’ and to refuse miners’ rights to same. The Chinese Immigration Restriction Act was passed at an Intercolonial Conference in 1880 – 1881. This was, in effect, the beginning of the White Australia Policy, as it led to the adoption of uniform restrictive immigration laws.