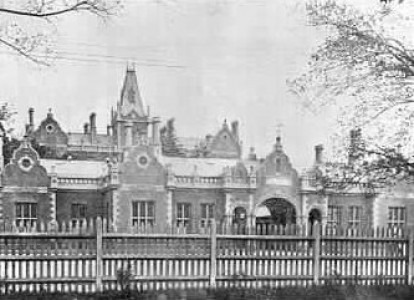 On Saturday, Detective Burvett took charge of the investigations into the murder of Patrick O’Rourke who died in the Alfred Hospital on June 30 from injuries received at St Kilda on the night of June 23. Burvett made three visits to St Kilda on Saturday, and carefully went over the supposed scene of the murder. Then he inspected the dead mans clothing but failed to find anything that would serve as material for any theory as to the murder

O’Rourke when he died had a pronounced black eye. This has been regarded as showing that he was attacked and struck in the eye before receiving the injury that proved fatal. The blow in the eye has also been advanced to account for O’Rourke’s hat having been off when his skull was fractured. Burvett has, however, proved that the black eye was not the result of a separate blow. The fracture of the skull had been very slight and was somewhat below the cut on forehead. The ecchymosis of the eye was the result of this fracture, and did not develop for some days. When O’Rourke was admitted to the hospital no signs of a blow on the eye were discernible.

Detective Sexton and Plain-clothes Constable White are assisting Detective Burvett in his inquiries but very little can be done until the Government analyst has given his opinion with regard to the supposed blood-stained board and O’Rourke’s clothes all of which have been submitted to him.