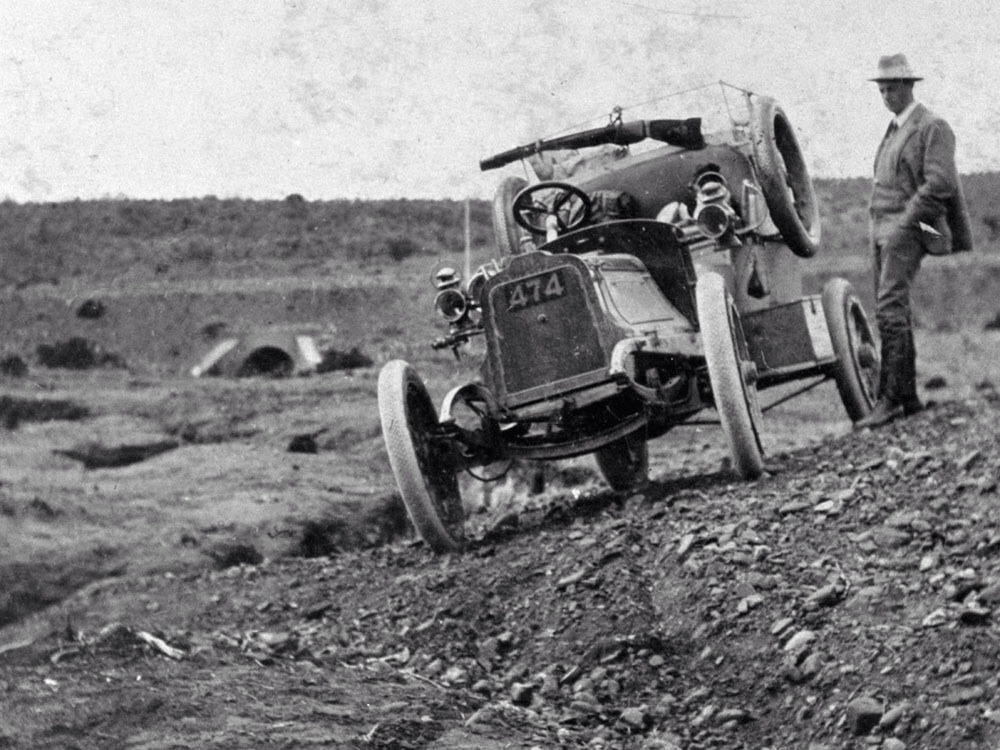 Australia’s love affair with the car as a means of travelling the continent’s huge distances began with the first transcontinental motor car trip. Engineer Horace Hooper Murrag Aunger was born on 28 April 1878 at Narridy, near Clare, South Australia. He collaborated with cycle maker Vivian Lewis and Tom O’Grady to build the first petrol-driven motorcar in South Australia. Aunger teamed up with Henry Hampden Dutton to be the first to cross Australia from south to north by motorcar. Their first attempt left Adelaide in Dutton’s Talbot car on 25 November 1907, and travelled north through countryside suitable only for a modern 4WD. When the pinion in the Talbot’s differential collapsed south of Tennant Creek, the car had to be abandoned as the wet season was approaching. Travelling on horseback, the men met the railhead at Oodnadatta, from where they returned to Adelaide. Dutton then purchased a larger, more powerful vehicle, again a Talbot. Then men made their second attempt to cross the continent from south to north, leaving Adelaide on 30 June 1908. They were joined at Alice Springs by Ern Allchurch. Reaching the abandoned Talbot at Tennant Creek, the car was repaired, and they drove in convoy to Pine Creek, where the original Talbot was freighted by train to Darwin. The men continued in the second Talbot, reaching Darwin on 20 August 1908. The car in which the men completed their journey now sits preserved in the Birdwood museum, South Australia.

A Prisoner From Camperdown
Scroll to top Book online now!