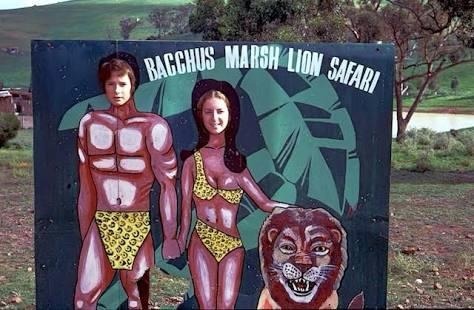 A youth told a coroner on this day in 1979, that a lion had “barged” through a fence and attacked his brother. His brother had tried to escape by climbing over a small gate at the rear of the enclosure. The Coroner, Mr Brown, was holding the inquest on Neville Craig Vance, 12, of Bacchus Marsh, who died on May 12. He found that Neville died from injuries suffered when he was attacked by the lion and that his death was due to misadventure. Mr Gordon William Vance, 18, of Mordialloc, said in a statement read to Bacchus Marsh Coroner’s Court that he had been in a breeding den at the lion park when the lion “barged” in at 11.10am. It had passed him and attacked Neville. Senior Constable Peter Ratcliffe, of Bacchus Marsh police, said the chain mesh surrounding the enclosure was 2.5 metres high and was held up by a few poles. “In my opinion the fence was not strong enough and if bumped it would fall apart easily”, he said. Mr Brown said the circumstances surrounding the death showed “a lack of care and responsibility”.