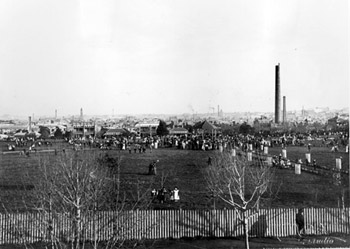 The Coroner, Mr. Cole, concluded the inquest to-day concerning the death of Mrs. Mary Amelia Veitch, at Clifton Hill, on July 19. James Williams, the young man who was arrested on a charge of murder, was present in custody. He displayed hardly any interest in the proceedings. The evidence tendered added nothing to the facts already stated. The Coroner found that the deceased met her death at the hands of James Williams, who was committed for trial on a charge of wilful murder.