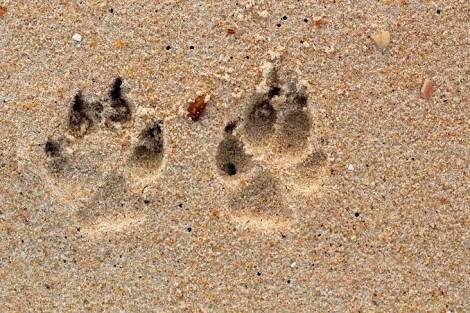 In 1938, a dog from the town of Queenscliffe, Victoria, became a local celebrity after he won a fight to the death with a thresher shark. On July 20, a brown cattle dog owned by a packer from the Fisherman’s Union, spotted the shark from a pier and started “barking excitedly”. Before fishermen could fetch a rifle to dispatch the 1.5m fish, “the dog jumped into the water, seized the shark, and swam with it about 40 yards [36.5m] to the landing.” With the still-living shark in the dog’s jaws, the men cut its throat and killed it. The dog, whose name is not recorded, was lucky to escape unscathed: threshers use their long tails like bullwhips to stun or kill their prey.