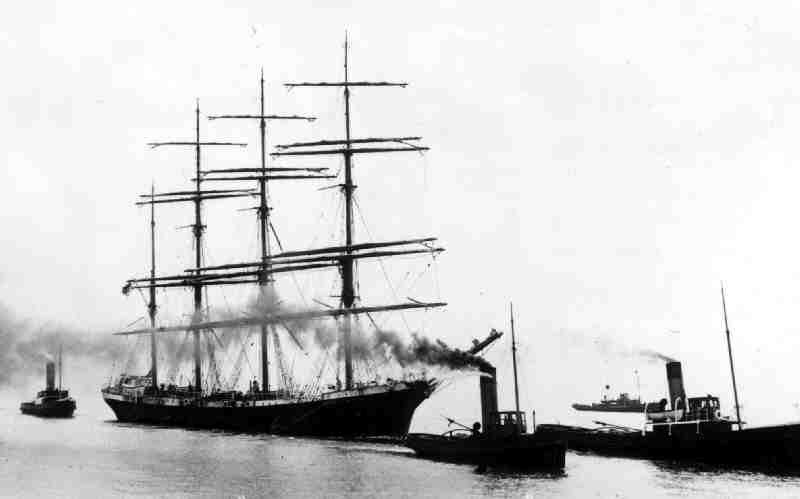 Representing the wages due to the 12 seamen who were sent to the Geelong gaol on this day in 1921, as a result of their refusal to obey the orders of the captain of
the barque Archibald Russell, £931/10/ has been received by the Customs officials. The men were each sentenced to two months’ imprisonment, and their wages will be paid to them when they are liberated.

Murder of a Murderer