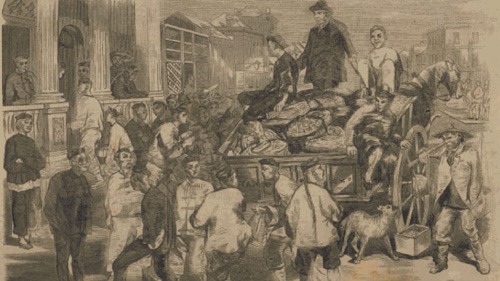 Mary Jane Joy was married to a Chinaman and lived in Heffernan Lane.

On the 7th of August, 1886, Mary Jane was seen abusing a 10 month infant in her care. At 11pm that night she had been seen carrying the child out to the outhouse and beat him in a cruel manner. The child screamed as if in pain, and it was then that Mary Jane took the child by the legs and beat its head against the wall twice. After this the child was heard to moan. Her reasoning for the beating was that the child would not drink from the breast. It would come to light that this was a foster child and not her own. The child was removed from her by force where it was found to have a black eye and blood on its face. The infant almost died as was seen to be nearly starving and had been crying for nourishment. The child was eventually placed in the Industrial School and Mary Jane Ah Joy was sentenced to 3 months imprisonment, although she stated she was drunk at the time.