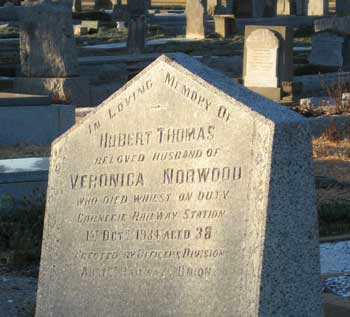 A 30-year-old murder charge was preferred against Thomas Croft, 39, mechanic, of Redcliffs, in the Criminal Court on this day in 1945. The Crown case was that on the 1st of October 1934, Herbert Norwood, Stationmaster, gasped over the telephone from Carnegie railway station that he was dying as he had been shot twice. A statement allegedly made by Croft, said that he took the gun with him to the railway station merely to bluff anyone who might come along. It got caught in the wire grill of the ticket office and went off a number of times. He did not know that he had shot Norwood until he read it in the papers the next day.

The first police force in New South Wales is formed