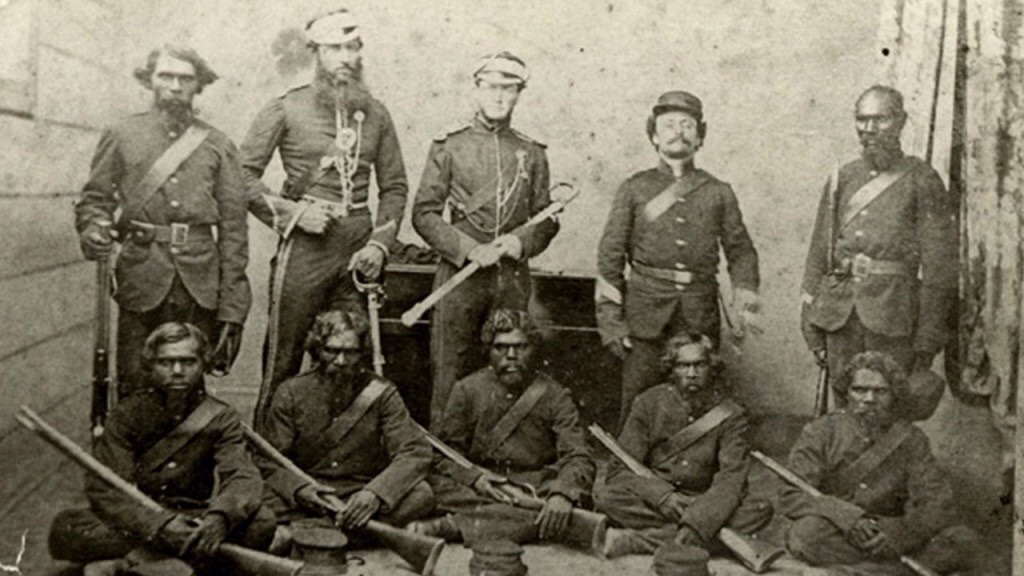 Australia was settled by the convicts and officers of the First Fleet in January 1788. It was believed that the colony’s isolation from any civilisation would be deterrent enough for convicts attempting to escape. Many thought they could reach China by escaping into the bush; some returned, exhausted and starving, to the flogging that inevitably awaited them. Many never returned, and stories abounded that skeletons of convicts who escaped but could not survive littered the bushland surrounding Port Jackson and Sydney Cove. It was necessary to establish a police force to pursue the errant convicts, and to also guard against petty thievery that went on. On 8 August 1789, Australia’s first police force was established in the colony of New South Wales. It was made up of a dozen convicts. The NSW police force has continued to develop and change over the years. The force in its current form was established in 1862 with the passing of the Police Regulation Act and drew upon members of the Royal Irish Constablary.

Murder at the Southern Cross Restaurant

Death of a Stationmaster
Scroll to top Book online now!