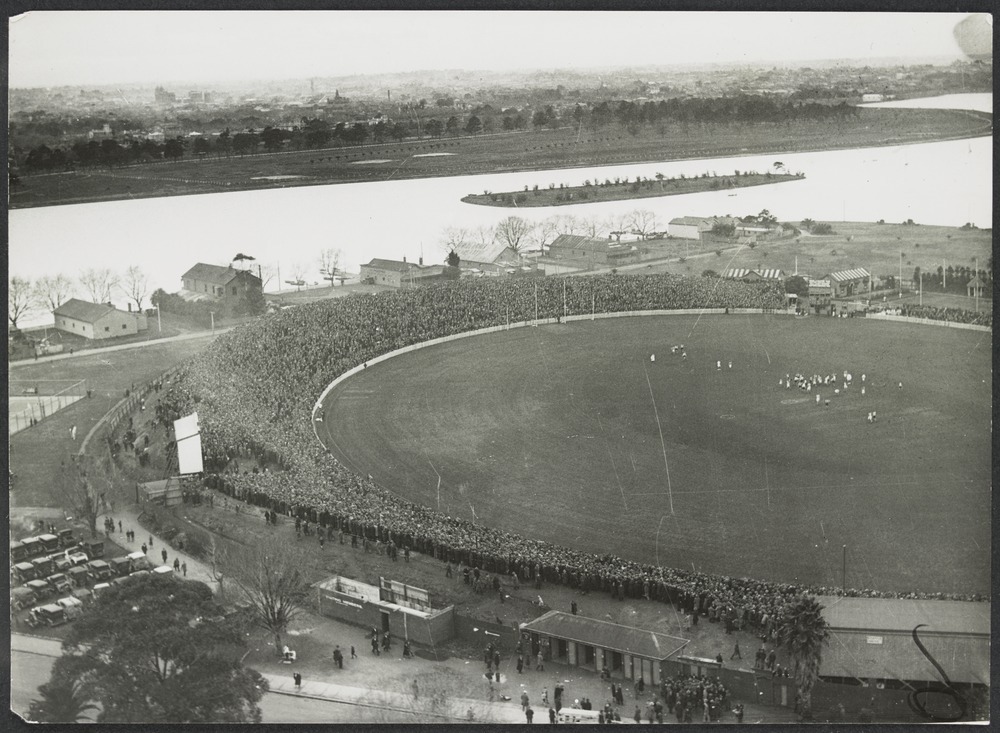 Robert Kevin Vernon, 27, builders’ labourer, of South Melbourne, was found guilty to-day of manslaughter, but
not guilty of murder.
He was charged with having murdered Keith Charles Marshall, 25, an outstanding amateur footballer, in a South
Melbourne street on August 10.  Vernon, who admitted 14 convictions, was remanded for sentence to allow his counsel to prepare a plea for leniency
10/08/2017/by Limelight
https://twistedhistory.net.au/wp-content/uploads/2016/08/Aerial_view_of_Albert_Park_Lake_and_the_South_Melbourne_Cricket_Ground_in_the_foreground_with_a_football_match_in_progress.jpeg 733 1000 Limelight https://twistedhistory.net.au/wp-content/uploads/2018/10/Twisted-Logo-Tranparent-no-shadow.png Limelight2017-08-10 00:00:102017-08-19 13:04:35Murder Not Manslaughter