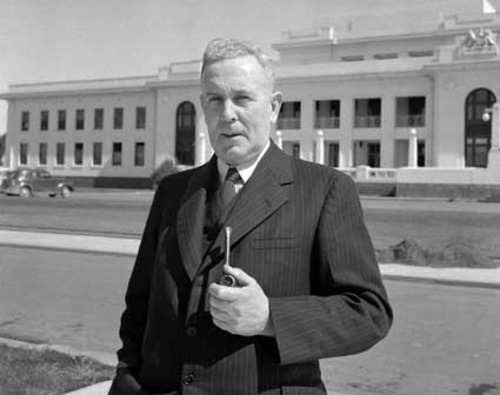 Australian Prime Minister Ben Chifley announces the end of the war against Japan, on what is now known as VP Day (Victory in the Pacific) in Australia.

On 14 August 1945, Japan accepted the Allied demand for unconditional surrender following the devastating atomic bombings of Hiroshima and Nagasaki. On this day, Emperor Hirohito accepted the terms of the Potsdam Declaration, also known as the Proclamation Defining Terms for Japanese Surrender. On 15 August 1945, Australian Prime Minister Ben Chifley officially announced the end of the war against Japan. August 15 has subsequently been commemorated as “Victory in the Pacific” or “VP Day” since then. Japan’s formal surrender took place two and a half weeks later, on 2 September, when Japanese envoys boarded the USS Missouri in Tokyo Bay and officially signed the surrender document. Under the Potsdam Declaration, to this day Japan’s sovereignty remains confined to the islands of Honshu, Hokkaido, Kyushu and Shikoku, along with some minor islands determined by the allies. VP Day is also known as VJ (Victory over Japan) Day in other countries such as the United Kingdom, the United States and New Zealand. The day is still observed with respect by veterans and members of the Defence forces.