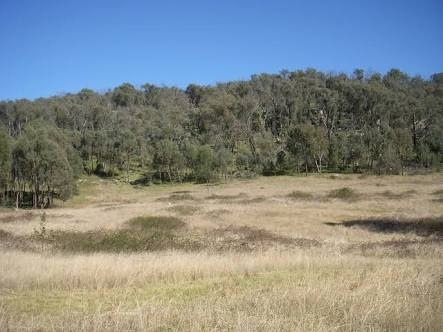 Patrick Sheehan was found guilty of the wilful murder of James Kennedy, publican of the National Hotel at Rowdy Flat. Sheehan, who was in the bar quite drunk, was turned out of the hotel by Kennedy. Sheehan then went round to the kitchen and got a knife before trying to force his way back into the bar. On the landlord pushing him back, Sheehan stabbed him in the stomach with the knife. Kennedy lingered for a few hours, but died in the night. Sheehan had also stabbed another man, a schoolmaster, at the same hotel, two years earlier. He was tried at Beechworth, and convicted, but received quite a light sentence. Sheehan became the first person to be executed in the Beechworth Gaol, witnessed by 40 people. At just past 8 o’clock the Governor of the gaol delivered the prisoner into the hands of the Sheriff. Father Tierney, who had been with him almost since daylight, was the only one in the cell with Sheehan at the time. Before being pinioned, Mr Castieau asked Sheehan, in the presence of the sheriff, if he wished to say anything. He said “only to give my best thanks.” He submitted to be bound without a murmur, marched with an unwavering step out of his cell, and stood there firmly, pale and earnest, but resignation written in his face. The hangman, having completed his preparations, pulled the cap, already on head, over his face when the doomed man said, “Raise it for a minute.” The executioner promptly complied without a word, and Sheehan said, in a low but unfaltering voice,” God bless you all, and God forgive me; that will do.” Again the cap was placed over his face, the bolt drawn. Sheehan had paid for his crime. Below is a statement made to Mr Castieau, demonstrating the remorse Sheehan had for his crime. On Sunday morning, Sheehan sent for Mr Castieau, the Governor of the Gaol, and asked him to take down a statement he wished to make. He seemed greatly troubled at a report that had been circulated of his having committed a previous murder in New South Wales. Both the Reverand Father Tierney and Mr Castieau had told him that such a report was abroad. The following is his declaration, as nearly in his own words as possible. ”I wish most solemnly to declare that there is not the slightest foundation for a report, that I am told is going about, that I was accused, while in Sydney, of having taken away the life of a man by striking him with a hammer. I came to Sydney a free man about twelve years since. I worked for Henry Campbell, a blacksmith, at Parramatta, also with James Gamble. Then I went to the Braidwood diggings. I was in no trouble of any kind while in New South Wales – never even brought before a magistrate for drunkenness. I came to Yackandandah about ten years ago, and have remained there ever since. The only time I ever appeared at a court before was when I was charged with an assault, and received a month’s imprisonment. This is true, as l hope for forgiveness, and I trust the public will be made acquainted with this statement so that I may not be unjustly accused of crimes of which I am entirely innocent, it does not do for a man to tell a lie with his last breath. I hope, therefore, I shall be believed when I say I do not remember anything of the dreadful occurrence of which I was found guilty. More than that, I know I had several nobblers of brandy besides partaking of three bottles of whisky, which were had amongst six of us; when the policeman came to my house I was sitting by the fire, getting sober, I suppose; and when he charged me with stabbing poor Kennedy, I was thunderstruck; how I could have done such a deed to one to whom I owed no grudge, he a man with a large family, and I a man with a large family too, I cannot tell; I begged hard to be allowed to see Kennedy. A dying man, I knew, would not lie, and If he told me I had stabbed him I should have believed It. I remember nothing of what was sworn, and have to blame the cursed drink for the death of poor Kennedy and my own doom. I trust for the forgiveness and prayers of Mrs Kennedy. May God protect her and her family and have mercy on my poor wife and children. Had I listened to my wife’s advice, I should not have been here. She tried, like a good wife and mother as she Is, to keep me away from the drink. Had I harkened to her, such a trouble as this could never have come upon us.”

After the execution a collection was taken up around town for his wife and children.