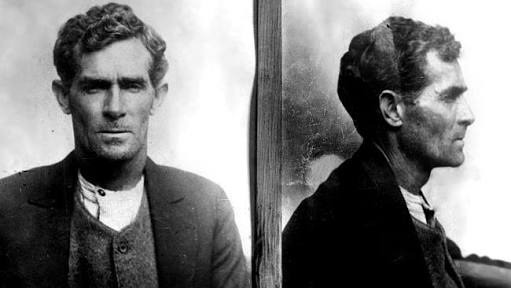 On the 24th of August 1923, Angus Murray, who is serving a sentence of 15 years for robbery under arms, made his escape, by means of a small saw, he removed the stones at the base of his window. The bars were then loosened, leaving him sufficient room to squeeze through. Murray had torn his bedclothes into shreds to form a rope to lower himself to the ground. He was then able to scale the outside wall were a motor car was waiting for him. A boy, passing the Gaol at the time of the escape saw Murray clamber down from his cell and spring into a car. The police scoured the district, but could not find any trace of the fugitive. On the morning of the 9th of October 1923, Murray shot Mr Berriman the manager of the Glenferrie branch of the Commercial Bank and robbed him of £1851. Berriman died the on the 22nd of October. A large force of detectives raided, a house in St, Kilda at 5am, arresting Angus Murray, Leslie (Squizzy) Taylor, and Ida Pender. Angus Murray was charged with the Glenferrie robbery and with escaping from custody. Taylor and Pender were locked up on holding charges, but were later released. A few days after Berriman’s death Murray was charged with his murder and on 14th of April 1924, he was executed in the Melbourne Gaol. Murray stood on the scaffold and made the following statement: “Never in my life have I done anything to justify the extreme penalty being passed upon me. I have prayed hard for those who have acted against me, and I hope that those whom I have injured will forgive me.” Turning to the hangman as the rope was passed around his neck, he said: “Pull it tight.” Murray’s death was instantaneous.