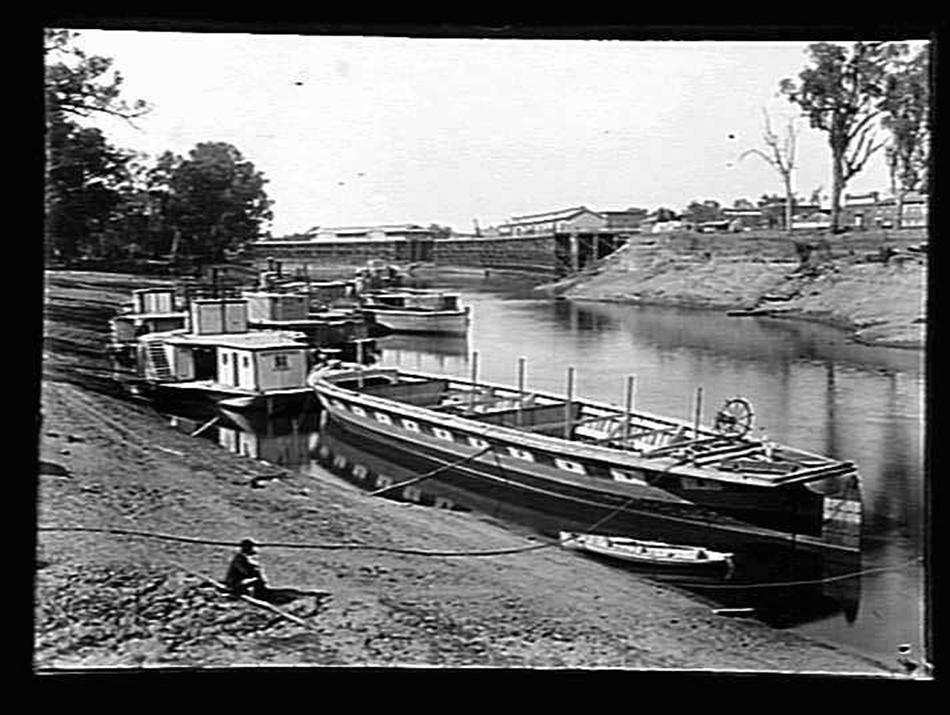 An attempted double murder and suicide occurred at Echuca East on August 29 amongst the residents of the Chinese quarter, which created some sensation. The cause of the affair was a woman. A Chinaman named Georgo Cooey Foo, a well-known dangerous character, who has already served a sentence in Delinquin gaol for stabbing a man, fired at a woman named Sarah Newell and a countryman named William Ah Loon. Cooey Foo has been employed as cook on board the Lady of the Lake steamer. Ah Loon filled a like position on the South Australian steamer Cadell, and when recently at Echuca he was robbed of a £5-note by another Chinaman named James Ah Poo. Ah Loon came to Echuca to be present at the trial of Ah Poo, who, however, had absconded from his bail. Ah Loon then, in the absence of Cooey Foo, took up with the woman Newell. This enraged Cooey Foo, who purchased a revolver — six chambered pin-tire— and he went to Echuca East on August 29, and saw the woman Newell in bed. He fired two shots at her, neither of which took effect. Ah Loon then came to the rescue, and was fired at, but missed. He rushed Cooey Foo, and was shot in the head. The bullet glanced off the cheek-bone and emerged at the neck. Dr. Croker was called in, but unless erysipelas sets in danger is not apprehended. Senior-constable Nedwell arrested Cooey Foo on the capital charge of shooting with intent to murder. Cooey Foo admitted the shooting, and said he was sorry he had been baulked in his design of shooting both. He swallowed a piece of opium, but an emetic caused him to vomit, and he is now out of danger. Cooey Foo had written a letter to a countryman, in Chinese characters, saying he would be dead when the letter reached his friend, and telling the latter to get his watch, clothes, and money.