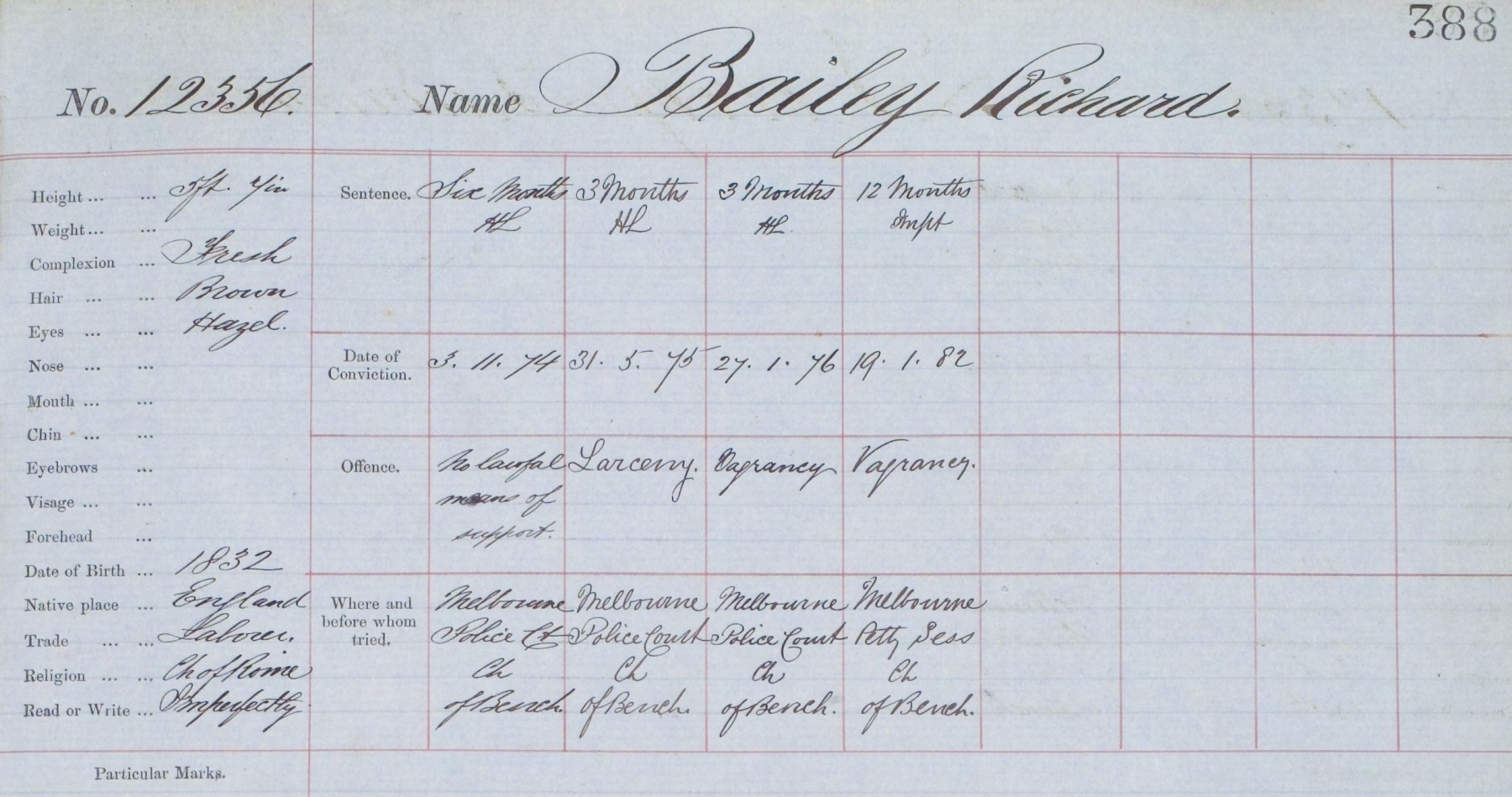 A magisterial enquiry was hold at the Geelong gaol on this day in 1882, by Mr Heron, P.M., on the body of a prisoner named Richard Bailey, aged 51 years, who died in the gaol hospital. Mr P. Dwyer, governor of the gaol, gave evidence that the deceased was received into the Geelong gaol on the 9th February, from Melbourne, for vagrancy. He was an invalid, suffering from disease of the leg, and was placed under the doctor’s care, and attended by a man told off for the purpose. He received every attention, but died at five o’clock’on the afternoon on this day. Dr. Mackin medical officer of the goal, gave evidence that the deceased had been under his care since he arrived at the gaol. Ho was suffering from several sores on The outside of the thigh. These after a time got better, and ho was attacked by dysentery. He was then removed to the gaol hospital, where he, received every attention. The cause of death was exhaustion from dysentery. A verdict in accordance with the medical testimony was recorded by Mr Heron.

Death at the Geelong Gaol