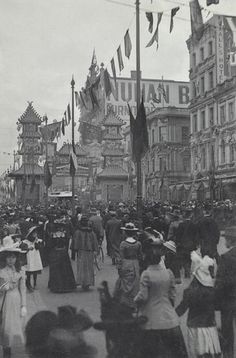 A Chinese storekeeper named Ah Goon, of Little Bourke-Street East, was murdered in the early hours of the morning on the 6th of September 1884. The place was a gambling den, and it was found that a sum of £200 or £300 was stolen by the murderer or murderers. A post-mortem examination has been held, and the cause of death has been given as Serous apoplexy, accelerated by fright, and the result of a wound on the face. Two Chinese have been arrested on suspicion, however they we never charged with the murder due to the lack of evidence.