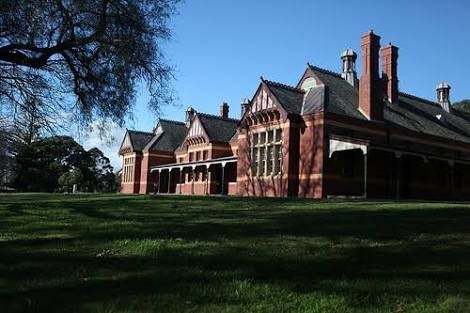 The police have received information that a very dangerous lunatic named Joshua
Dunston escaped from the Sunbury Asylum about 4 o’clock on the afternoon of the 10th of September, by over the wall while his guardian’s back was turned. He is twenty-seven years of age, about 6ft. high, and has dark hair all round his face. He was dressed in a suit of white corduroy, and black felt hat. He has escaped previously, and then made for Melbourne. It is expected he has done so on toe present occasion.