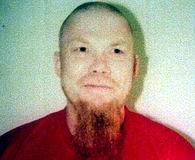 Gregory John ‘Bluey’ Brazel is a convicted Australian serial killer arsonist, armed robber currently serving three consecutive life sentences for the murders of prostitutes Sharon Taylor and Roslyn Hayward in 1990, and the murder of Mordialloc hardware store owner Mildred Hanmer during an armed robbery in 1982 for which he confessed some eighteen years later.  Brazel is often described as one of the most manipulative and violent prisoners in Victoria’s prison system, and was estimated to be worth more than A$500,000 in 2000. On this day in 1990, Brazel murdered prostitute Roslyn Hayward at Sorrento. Her body was not discovered until 1 October 1990.  He will be eligible for parole in 2020.