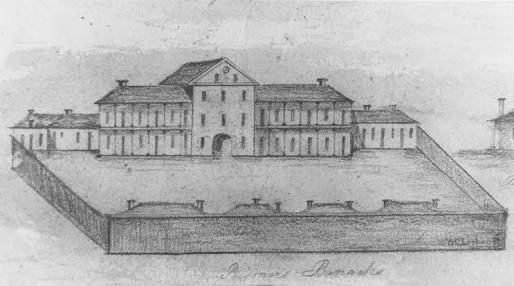 The city of Redcliffe is so named for its red cliff faces. The area was first recommended by Captain John Oxley as the site for a new convict settlement. However, Oxley cannot be truly credited with being the first white man to set foot in the area. In 1823, he set out to explore the Moreton Bay area, and it was there that he came across the stranded ticket-of-leave timber-cutter, Thomas Pamphlett, who together with his companion Finnegan had been living with the aborigines for seven months, after being shipwrecked off Moreton Island. Oxley and Settlement Commandant Lieutenant Miller, together with a crew and 29 convicts, sailed on the ‘Amity’ from Sydney and arrived at Redcliffe on 13 September 1824 to found the new colony. The settlement was established at Humpybong, but abandoned less than a year later when the main settlement was moved 30km away, to the Brisbane River. The name “Humpybong” was given by the local aborigines to describe the “dead huts” left behind, “humpy” being huts, and “bong” meaning “dead”, or “lifeless”. The name is still used today.