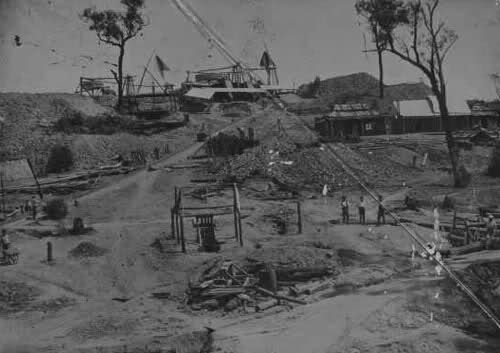 A terrible murder was committed on the Murchison road, about half a mile from Rushworth, the victim being Henry Parkinson a miner and of Sergeant Parkinson, the sergeant in charge of the Prahran police station.The deceased had formerly had a mate, named Joseph Kelly, but they parted some time since, and Kelly seems to have considered that Parkinson had done him some Injustice. He appears to have brooded over his imaginary grievance, which had relation to money matters, and at last would seem to have decided on a bloody vengeance. On Saturday last he went deliberately up to Parkinson, who was working near the roadside, and coolly shot him dead. The murderer then walked into Rushworth, and gave himself up to the police.  The body of the murdered man was removed to the Rushworth police camp and Kelly was charged with the murder.

Near miss for Tom Thumb