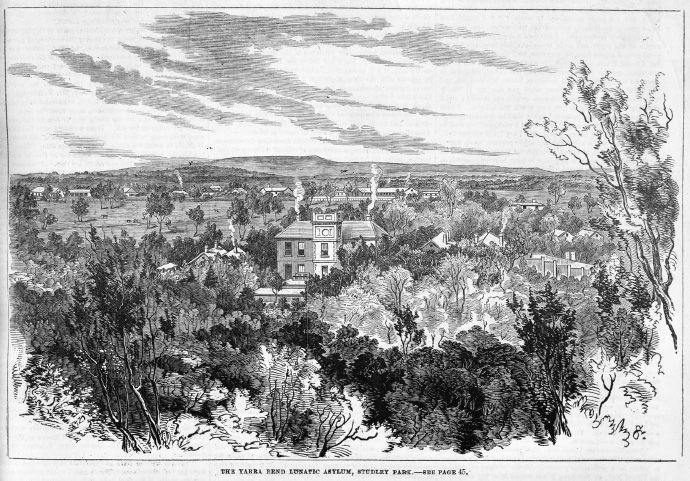 A man whose Iname is unknown, and who it is believed is a lunatic escaped from the Yarra Bend Asylum, has been frightening women and children at Hawthorn and the neighbourhood by going about enveloped in a sheet and personating a ghost. One young girl named Brookfield, a servant, was so frightened by his antics and appearance that she had a succession of fits and had to be sent home. The man has since then,” it is said, been found drowned in a waterhole, at Boroondara.

Lunatic on the run for 7 days – Beechworth