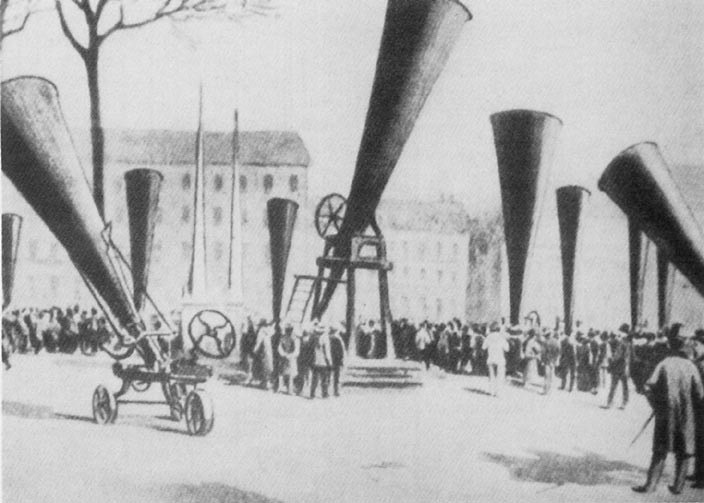 Meteorologist Clement Wragge attempted to end a drought in 1902 using a number of Stiger Votex cannons, which were supposedly able to make rainfall. On the 26th of September the cannons sent rockets into the sky over Charleville, Queensland. The experiment was not a success. Two of Wragge’s cannons remain on display in Charleville.