On the 4th of September 1934, Florence Lillian Thrower, of Orrong crescent, Caulfield, was charged with the murder of Ivy Winifred Rose McDonnell at Mooroopna on the 1st of July. The prosecution alleged that

Mrs. McDonnell died as a result of an illegal operation.

On this day in 2005, Robert Farquharson was returning his children to their mother after a Father’s Day access visit, his white 1989 VN Commodore vehicle veered across the Princes Highway between Winchelsea and Geelong, crashed through a fence and came to rest in a farm dam where it filled with water and submerged. His three children, Jai (10), Tyler (7) and Bailey (2), were unable to free themselves and drowned. Farquharson managed to escape and alerted another driver who took him to nearby Winchelsea. Police divers recovered the boys’ bodies about 2 am the next day. They were still inside the vehicle and unrestrained by seatbelts.  After a three-month investigation, police prepared murder charges against Farquharson and went to his Winchelsea home on 14 December 2005. He was not there at the time but presented himself at the Geelong police station in the presence of his lawyer. He was arrested and charged with three counts of murder. He had previously requested and undertook a lie detector test, the results of which are inadmissible in court. He later appeared in the Geelong Magistrates Court, where he was remanded in custody and ordered to appear before the court on 7 April 2006. Gambino told the court that she did not believe Farquharson intended to kill their children deliberately, saying “I believe with all my heart that this was just an accident and that he would not have hurt a hair on their heads. I don’t believe this is murder.”  Police alleged that Farquharson was in control of the vehicle in the moments before it crashed into the dam and that he earlier told a friend, Greg King, that he had intended to kill his children to get back at his wife. He was later granted bail and released from custody to appear at his trial which was scheduled to begin in August 2007.

The ‘people’s poet’, Henry Lawson, was given a State Funeral at St Andrew’s Cathedral, Sydney, on 4 September, 1922. Thousands watched the funeral leave for Waverley Cemetery. As the coffin was born from the Cathedral, an incident marking the popularity of the deceased attracted the attention of many members of the congregation. A typical countryman, tall, sinewy, and brown, stood like a gaunt statue as the coffin was borne towards the northern door. For a moment he wavered, and then burst into tears that flowed down his rugged cheeks – ‘the grief that must have way’. 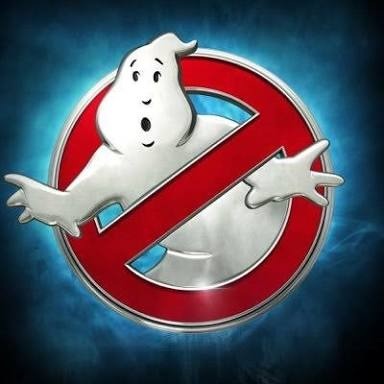 The Cambus Wallace runs aground off Stradbroke Island in southern Queensland in the first of two events which cause the island to be broken into North and South.

North Stradbroke and South Stradbroke are two islands located in Moreton Bay, off southeast Queensland. In the late 1800s, the two islands were still one, joined by a narrow neck of sand known as Jumpinpin, approximately 100m wide. That changed due to a series of events between 1894 and 1896. The Cambus Wallace was a 75 m iron hulled steamer weighing around 1 650 tonnes, carrying a load of whiskey and dynamite. It ran aground off Jumpinpin in the early morning of 3 September 1894. The ship began to break apart, six crew members were drowned, and much of the cargo was washed up on the sand. During the cleanup afterwards, the explosives were piled in a hollow between the sand dunes and detonated, blowing several craters in the sand and destabilising the dune structure in an explosion that was heard as far away as Cleveland. Over the next two years, natural forces continued to erode the seaward side of the bar. During Autumn 1896, the gale-force winds of a late-season cyclone caused the final breakthrough, creating a passage through Stradbroke Island. By 1898, the passage had increased from about 6 metres to 1500 m in width, although the depositing of sand over time has reduced that. The breakthrough changed the nature of the southern Moreton Bay area permanently. Tidal inundation increased erosion on farmland around the mouth of the Logan River, and farmers were forced to dig canals to prevent land loss, while the oyster industry was heavily affected. Jumpinpin Channel is now a well-used fishing and boating channel, though still precarious to negotiate.

ON THIS DAY…… 3rd September 1897
At an inquest on the body of a newly born female child, found in the public reserve at Fitzroy, a verdict of wilful murder against some person unknown was returned.

Robert Gordon Menzies entered politics in 1928 after being elected to Victoria’s Legislative Council for East Yarra. After six years in Victorian state politics as Attorney-General and Minister for Railways (1928–34), he was elected to federal parliament as member for Kooyong. In 1938, Menzies unsuccessfully challenged Lyons for the leadership of the United Australia Party. After he was defeated, Menzies resigned as a minister and as Deputy leader of the UAP. In April 1939, however, he was elected leader of the party following the death of Joseph Lyons, and became Prime Minister on 26 April 1939, entering into a tumultuous situation on the world stage. Following increased aggression by Hitler’s forces and the German invasion of Poland, Great Britain declared war on Germany on 3 September 1939. Without consulting Cabinet, not all of whom shareed his views, Menzies immediately announced Australia’s support of Britain. The Australian government sent Royal Australian Air Force (RAAF) aircrews and a number of Royal Australian Navy (RAN) ships to fight for Britain, as well as raising a volunteer force, the Second Australian Imperial Force (AIF). In the speech he made on 3 September 1939 Robert Gordon Menzies, the Australian Prime Minister, announced: “Fellow Australians, it is my melancholy duty to inform you officially, that in consequence of a persistence by Germany in her invasion of Poland, Great Britain has declared war upon her and that, as a result, Australia is also at war. No harder task can fall to the lot of a democratic leader than to make such an announcement.”

A Magisterial enquiry has been held concerning the death of the little girl named Veronica O’Neill on this day in 1890, after being severely beaten with a stick about the head and body by her elder sister Eleanor, aged nine and a half years. The latter at the enquiry detailed the circumstance, and said she had always hated the deceased, because she always got everything that came into the house and was always getting witness into trouble. The Magistrate ordered her to be charged with the wilful murder of her sister.