Nine soldiers who were under sentence in the Geelong Gaol escaped on the 24th of September 1945 at 2.50pm. The men were serving sentences from six months to two years. According to the army authorities, the prisoners were in a mess room and, in a sudden rush they placed a long form against the wall and in quick succession, leaped over the parapet. The escape was seen by two sentries stationed on the wall, but by the time they had descended the men had disappeared. Army regulations do not permit the sentries to fire on prisoners to prevent them from escaping. The local police quickly organised a search but the men could not be found. It is known that four of the men were alleged to have accepted a meal from a farmer and then stolen some money. When the farmer said something the men handed back the money and left. All nine men were found within the Geelong area and taken back to the Gaol.

The woman, Mary Thompson, alias Stripling, who escaped front the local gaol was imprisoned for one mouth for the offence.

A fight in a Bacchus Marsh cafe on September 24 last, and the subsequent running down of a 23-year-old man, had its sequel in the Criminal Court today when two brothers from Thornbury and a Northcote youth were charged with murder.

They pleaded not guilty to the murder at Bacchus Marsh of Eric John Trotter, 23, tool-maker, of Sunshine.

Opening the Crown case, Mr H. A. Winneke, KC, said that Trotter had been knocked by a motor car driven by Frederick Clark, with Herbert Clark and Rowe as passengers.

Mr Winneke said that Trotter and two friends named, Allan and Showell had set out in a small Morris car for a Sunday in the country.

They had arrived in Bacchus Marsh at 8 p.m. and had had three drinks at the Border Inn Hotel, before going to a cafe where they met the three accused “who had been drinking freely.”

A fight had started and Trotter and his companions had left and had then gone up the street. As Allan was turning the car round Herbert Clark and Rowe came along-side and smashed in the side curtains.

Mr Winneke said that one of the accused men had been heard to call out: “Wait on . . I’ll get the car and chase them.” Near a turn out of the town Allan had stopped the Morris because he was having difficulty with the cut on the side of his face.

A witness had heard one of the accused say: “Hurry on. We’ll run the . . off the road.” Mr Winneke said that Trotter was inspecting Allan’s eye when the Ford came along at a high speed and swerved in close. It had hit both men, crashed into the right hand side of the Morris and then swerved across to the other side of the road and hit a post. The three men had got out of the car and escaped.

Trotter, who had received a brain injury, two broken legs and a broken arm, had died 15 minutes after being admitted to the Bacchus Marsh Hospital.

The next morning Frederick Clark had been captured on the Western Highway and the other two had been caught later at Melton Station.

At the inquest concerning the death of Archie Mouatt aged 9, his brother Ivan aged 13, who has been charged with murder, was present in Court. He seemed indifferent to the circumstances. Arida Kerr (aunt of the deceased) said that Ivan had told her that a man came up to him while Archie was in “swimming, put a handkerchief over his face, saying, “Smell the scent I have invented.” Ivan then lost consciousness, and when he recovered he felt water on his face. The man told him to go home, and he did so. Ivan, in reply to her, described the man, and said he was carrying a branbag. Ivan, when asked if he had seen Archie afterwards, replied “No.” Witness said that when Archie’s body was found there was no change in Ivan’s demeanour. She had always found Ivan truthful and of good character. She had never seen him display signs of temper, nor were he and Archie in the habit of quarrelling. — Dr. Milton said that death was due to suffocation. The mutilations-could have been caused by the table-knife produced, and in his opinion the mutilations had been – done after death.

Henry Palmer, aged 30 years, was a lime burner in the Lara district, supplying quicklime for the city of Melbourne as well as around Geelong. Palmer was sent
before the Geelong Police Court on the 24th of September 1917 on a charge of having committed an offence against his step-daughter. He was remanded for a week, and bail was allowed at the sum of £100. Palmer was sentenced to 3 years hard labourer at the Geelong Gaol. The young woman concerned was remanded on a charge of vagrancy.

It was circus time in Yarrawonga. Wirth’s Circus was in town and with it two North American Red Indians Eagle Elk and American Bear. Eagle Elk had already been in trouble with the law earlier in the week for attempting to steal chickens in Benalla.
In Yarrawonga it was American Bear turn. He tried to scalp a patron with an axe at Huggins Hotel. In the altercation that followed the young Yarrawonga men went on a warpath and almost killed American Bear. According to reports American Bear presented a sorry sight the following morning in court. The magistrate said he thought that American Bear had taken sufficient chastisement, and discharged him. If the adventures Eagle Elk and American Bear in North East Victoria were typical of their time with Wirth’s Circus in Australia, one hesitates to imagine the extent of their battle injuries by the end of tour.

Most of the duelling done on the goldfields was with fist, but on this day in 1867 a report circulated in Beechworth, North East Victoria that a real duel had been arranged, following a falling out between Colonel Probst, the commander of the Beechworth German Rifles, and his adjutant Capt Ahrens. Rumour had it that a matter of honour was involved, with a disturbance over a woman at the Freemason Arms Hotel. An appointment was made for a duel with pistols at dawn. The place chosen was the Raffle Range near the Beechworth Racecourse. The Colonel arrived in good time for the engagement and sat in a buggy nursing a loaded revolver. Capt Ahrens must have had amore pressing engagement because dawn broke without him. After waiting for about half an hour, before leaving with his honour intacted.

One of the opium smugglers from the S.S. Empire, Ah Han has been unable to raise his fine of £25, and is still detained in the Geelong gaol. He is in a sorry state through want of opium, and as longing for freedom and another puff at the enticing bowl. Ah Han had made all arrangements for a trip to China, and had transferred his property to one of many cousins named Hong Hang. He made a declaration when applying for an exemption certificate that lie was possessed of property valued at £70. His worldly possessions and tools of trade accounted for £20. and the balance of £50 represented the cash value of Iris vegetable round. Still he declares his inability to meet the fine, and is due for liberation from gaol at the end of two months.’ Even having undergone that punishment he is still liable for the fine. 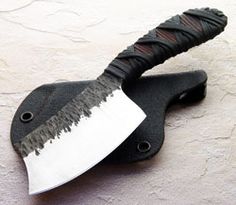 Inquiries which resulted in his death were received by a Chinese in a fight with another Chinese in Marion street, Fitzroy, on the morning of September 23. The meat choppers and two knives, as well as a piece of lead piping and a large and heavy stick, were used in the struggle and severe injuries were received by both men., At the end of an inquest the Coroner, Mr D. Berriman, P.M., found Chung Wah Lee, 56 years, a cabinetmaker, of Marion street, Fitzroy, guilty of murder. Lillian Matthews, who described herself as a domestic servant, said, “I lived with Low Jack in a house in Marion street, Fitzroy. I was seated beside the window in my front room at 11:30am on September 23rd, the day on which the fight occurred. Chung Wah Lee was seated with Florrie Jones on the door, step of a house opposite. A man passed and spoke to someone at the door. I then heard Chung Wah Lee say excitedly, ‘you think you are a Chinese king.’ Low Jack made some reply. Chung Wah Lee rushed to my house and broke in the two panels of the front door and smashed the windows. Later Low Jack staggered into the house he was covered in blood and said that he, was dying. He had been stabbed in the chest and his eye was horribly, mutilated. I ran for the police, leaving him in the front room. When I returned I saw him collapse on the front door step. I had not seen the fight but I saw Chung Wah Lee with a chopper and a stick in his hand. Low Jack had a large knife, a large chopper and a tomahawk. When the police arrived Chung Wah Lee wanted to fight Jack again and said. ‘Come I will finish now.”

To the Coroner witness said: Low Jack went to Chung Wah Lee’s house after the windows and door’s had been smashed and made him come out and fight. I could not say whether there had been trouble over Florrie Jones, but sometime before she had broken a window at my house and had been made to pay for it and there had been ill-feeling. The accused said: “I fought with him with his own knife.” The Coroner found that Low Jack’s death had resulted from in injuries inflicted by Chung Wah Lee, and committed him for trial. Senior Detective Jones objected to admitting Chung Wah Lee to bail; but he was bail on two securities of £500 each.