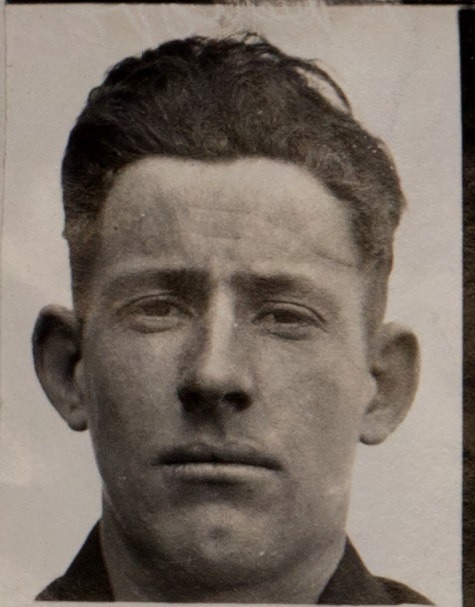 The districts of Sale and Stratford were disturbed and shocked on the afternoon of Thursday last, October 15th., at information that a highly respected lady of advanced years had been foully murdered at her home about two and a half miles from Stratford towards Sale. At 2 o’clock that afternoon Constable E. C. H. Taylor, of Stratford, telephoned to the Sale police that he had been informed by telephone from Mr Wrigglesworth, of ‘Avon Park’, Nuntin, that Mrs Edward Little, of Nuntin, had been hit on the head and killed and that the man alleged to have committed the deed, an employee of Mrs. Little, had taken a grey horse and buggy belonging to Mrs Little and was making towards Sale at a gallop.

Then with all possible haste the Constable secured a motor car and estimating that the act was that of a mad man he enlisted the assistance of Mr Walter Coloe and together they drove to the scene of the tragedy without delay. Here they found Mrs. Little in the stable which is situated about fifty yards from the house. She was dead. Each hand had been tied with a rope and the two bound together; the rope was then taken round her body and down between her legs and the ankles tied together. The end of her apron had been forced into her mouth. Realising the urgency of apprehending the perpetrator of this awful scene, Constable Taylor did not delay here, but before setting out in pursuit hailed a passing motor truck and sent Daphne O’Brien, a young girl who assisted Mrs. Little in her household work; who did not up to that point know that Mrs. Little was dead, home to her parents who lived some distance away. With the image of his vicious act behind him the alleged murderer having as already stated taken Mrs. Little’s buggy and mare, hastened to wards Sale at a gallop and trot alternately by the road that runs through Airly. Constable Taylor was informed so by some road workmen who had recognised Mrs. Little’s mare as she approached at a gallop. The driver, however, as he passed them steadied up and diverted their intention of stopping her with the remark “It’s all right!” and passed on.

On again at a gallop, the contents of the buggy, suitcase and clothing falling on the way the driver continued to Sale. His track led along the Nuntin Road, the Clydebank Road to Napper’s Corner and along the Princes Highway to Sale where the Constable lost the trail. Constable Taylor without delay came on to the Police Station at Sale and enlisted the assistance of the local staff and Constable Gray and Neil in a second motor car set out to scour the surrounding roads for the man, horse and buggy. They searched towards The Heart, towards Somerston Park and around the Sale Cemetery and were passing along Raglan Street when they observed a grey horse and buggy standing in Desailly Street near Mr. A. E. Brennan’s residence. The horse, a useful sort that gave evidence of the abundant pasture prevailing at present, was still with heaving sides from its unusual exertions. They took possession of the vehicle and from enquiries ascertained that it was the one they were looking for. There was no trace of the wanted man and the horse and vehicle were taken to the police station. In the buggy, they found a dirty dark navy coat and adhering to it were short grey hairs and also strands of long hairs similar to a woman’s. A soldier’s blue haversack, military coat, a travelling case and other wearing apparel belonging to the wanted man were also found in the buggy.

After bringing the horse and vehicle to the police station, Constables Gray and Neal continued their search for the man, and visited Wurruk, inspecting the surroundings of Pearson’s Bridge, but found no traces of him. Returning to Sale they searched the railway carriages that were being shunted on to the 4.30 train, which was about to leave for Melbourne, without result. They were then about to head out to Fulham, when they met Constable Taylor, who had also been scouring the town and outskirts. Constable Taylor informed them that he had been to Fulham without finding any trace, and the three Constables returned to the police station, where they learned that the wanted man had hired Mr. N. Buntine and his car. Herbert Donovan, the name of the youth suspected of having committed the murder, had evidently abandoned the horse and buggy where it was found in Desaily street, and, walking to Raymond street, had called at A. Glover and Sons’ business premises and inquired of Mrs. Glover if a service car were going to Melbourne that afternoon. On receiving a negative reply, he proceeded to the Sale Hotel corner, where Buntine’s car was standing. Donovan told Buntine his desire to make the trip straight away, and the latter drove home, and after attending to a few personal details, and informing his mother that he was going on the journey, left for Melbourne. The police, on learning that Donovan was heading for Melbourne, immediately got in touch by telephone with the Criminal Investigation Branch, Melbourne and a motor patrol was sent out to meet the car and the wanted man. Donovan was thought to be heading for his parents home, which is stated to be No. I Bowlingreen street. Windsor.