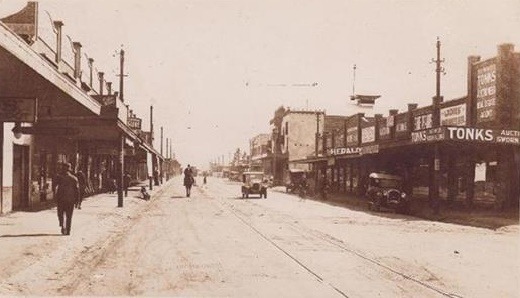 A WIFE PLEADED ‘KEEP HIM FROM ME …’

Gladys Lester, 26, realised within a week or two of marriage that she had made a mistake. Her married life was one round of bickering and squabbling with a sullen husband who drank too much. There came a time, two months after her marriage, when her husband beat her viciously. Mrs. Lester, her spirit broken, walked into a police station and pleaded wearily: “Please keep my husband away from me . . .” She went to work as a domestic at Devon Hospital, Glenhuntly. Her husband, taxi-driver Francis William Lester, 33, brooded at home in Chapel st., St. Kilda . At Devon Hospital, where she lived-in, Mrs. Lester regained some of her former gaiety and love of life. She was laughing and joking with a nurse as she walked out into the hospital grounds after work on October 18 to go to her quarters. Then, from the bushes, came a shot, followed by several more. Mrs. Lester died, bullet ridden, on the threshhold of a new life. Her husband, who had lain in wait for her, then killed himself. Mr. Burke, S.M., City Coroner, recorded verdicts of murder and suicide at the double inquest yesterday.