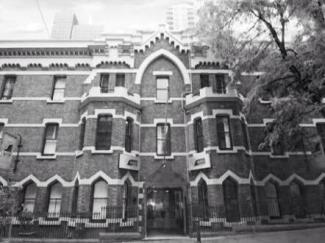 Walter Grenfell, 57, of Gordon House, City, had been suffering from a heart disease for some time and was always “a candidate for death,” Mr. Wade, S.M., City Coroner was told yesterday.  After hearing this evidence from Dr. W. M. Keane, medical superintendent of St. Vincent’s Hospital, and Dr. K. M. Bowden, Government pathologist, the coroner found that Grenfell died of heart failure. On October 18, at the city watchhouse, Arthur Clive Byrum, 20, laborer, of Gordon House, was charged with having murdered Grenfell, who was found dead in a room at Gordon House,  Shortly after Mr Wade announced his finding yesterday, a special sitting of the City Court, under Mr. McLean, S.M., discharged Byrum. Detective – Sergeant John Adam told the coroner that on Sunday, October 18, Byrum carne to him and said he had killed a man In a room at Gordon House by placing a pillow over his face.