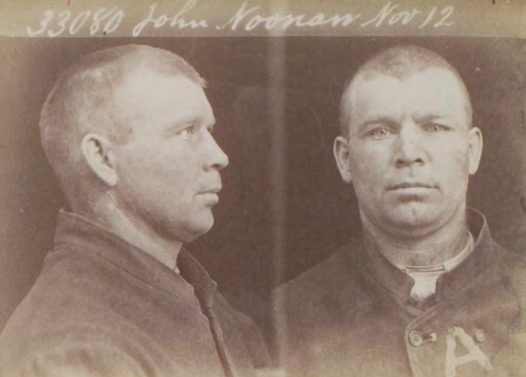 On this day in 1900, a youth named John Noonan was charged with fraudulently converting to his own use a bicycle valued at £9, the property of B. O’Callaghan. The accused pleaded guilty. Sergeant Dowler, who conducted the prosecution, gave particulars of the case, and called the complainant, O’Callaghan, who deposed that on the 7th inst. the defendant hired a bicycle to proceed to Mr Smith’s place at Stonyford. He said he would return either that night or the following morning, but he failed to keep his word. Witness subsequently saw Mr Smith, and ascertained that defendant had not called at his place. He was in Terang and discovered the bicycle in his brother’s shop there. It had been taken in for repairs, and had been kept until these were paid for. The accused here stated he intended returning the bicycle, but the axle broke, and he wanted to earn some money to pay for repairing it before he sent it back. He told the plaintiff’s brother that he did not own the bicycle and that it belonged to person in Colac, to whom he intended to return it. Sergeant Dowler said that the defendant told a’ different story to the arresting constable, informing him that the machine belonged to a man named Kelly. with whom lie had left £4 on it. The Bench stated that they would take into consideration the fact of tile defendant pleading guilty, and let him off lightly. He would be sentenced to seven days’ imprisomnent in the Geelong gaol, the Bench hoping that he would profit by the punishment.

This Is My Story – Biter Bit (out of the Argus paper)
Scroll to top Book online now!