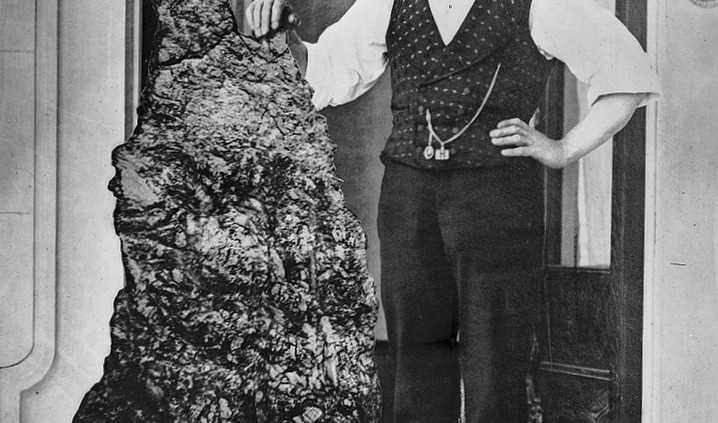 The gold mining town of Hill End in New South Wales today is almost a ghost town. Alluvial gold was discovered at Hill End in 1851 and within a month, there were were 150 miners working the area. The Hill End goldfield was one of the richest gold mining areas in NSW, and the first reef mining area in Australia. The Beyers and Holtermann nugget, the largest single piece of reef gold ever discovered in the world, was found by workers at the Star of Hope Gold Mining Co on Hawkins Hill, on 19 October 1872. It weighed about 286kg, measured 150cm by 66cm, and was worth at least £12,000 at the time.