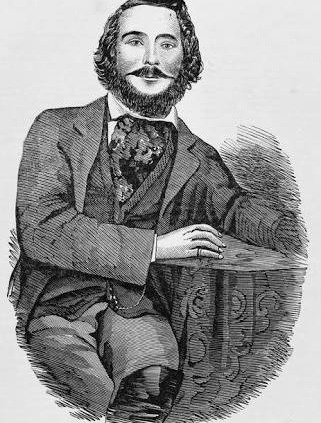 Francis Gardiner, love of crime began in Geelong, on the 22nd of October, 1850, on a charge of horse stealing, and sentenced to five years’ hard labour. However Gardiner manage to escape in the first few months and returned to Goulburn. Where his career as a bushranger began, for within two years he and his gang committed six mail robberies under arms, besides many others of lesser note. In June 1862 he bailed up the Lachlan Gold Escort near Eugowra with a gang including Ben Hall, Dan Charters and Johnny Gilbert. This hold up is considered to be one of the largest ever gold robberies in Australian history. The total value of the 2,700 ounces of gold and bank notes taken was estimated at £14,000 (approximately A$12.5 million in 2012 terms). Much of the gold was recovered by mounted police after they surprised the gang on Wheoga Hill near Forbes. What happened to the remaining gold is still the subject of much speculation and rumour. It is rumoured that two Americans who were thought to be Gardiner’s sons visited the Wheogo Station near the Weddins in 1912 claiming to be miners.