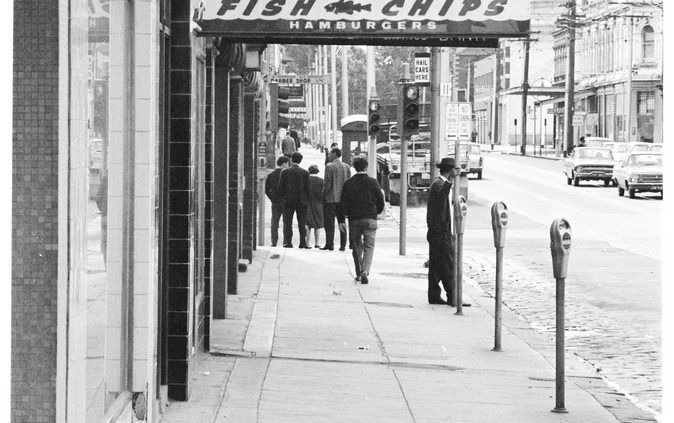 Vivid details of the sensational nocturnal affray at Fitzroy were given by witnesses at the enquiry at the Morgue by Dr. Cole (city coroner) to-day into the death on October 30 of John Thomas Olsen (36), clerk, Joseph Lennox Cotter (28), commission agent, was present in custody, having been remanded on a charge of having connection with the death of Olson.  Henrietta Newport, a married woman, gave evidence that on October 30 she went to a house in Regent-street. Fitzroy, where her mother resided. At about noon she answered a ring of the front door bell. A man was standing at the door lighting a cigarette, and did not answer when she asked him what he wanted, but walked into the passage, and a shot was fired by Cotter, who came out of a front bedroom. Three shots were fired. A man the witness believed to be Olsen rushed out into the street, and later, the witness saw him in the he lane where he was lying, bleeding from the nose. She went back to the house and told Cotter the man was dead. Cotter said, “If I’m pinched, I’ll be pinched.” The coroner found Cottar guilty of wilful murder and committed him for trial.