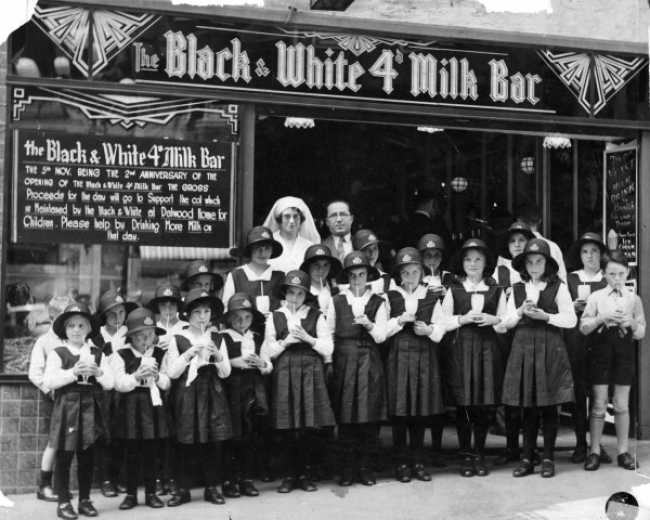 Australia’s first milk bar was opened in Martin Place, Sydney, on this day in 1932. Called the Black and White 4d Milk Bar, it was established by Greek migrant Joachim Tavlaridis who later adopted the name “Mick Adams”. The milk bar was famous for its milkshakes and for its mechanical cow. Unlike contemporary businesses with table service, it featured a bar counter with limited seats on one side and milkshake makers and soda pumps on the other, harking back to an American influence. The success of the business had a strong influence in making the term “milk bar” known throughout Australia, and even the United Kingdom.