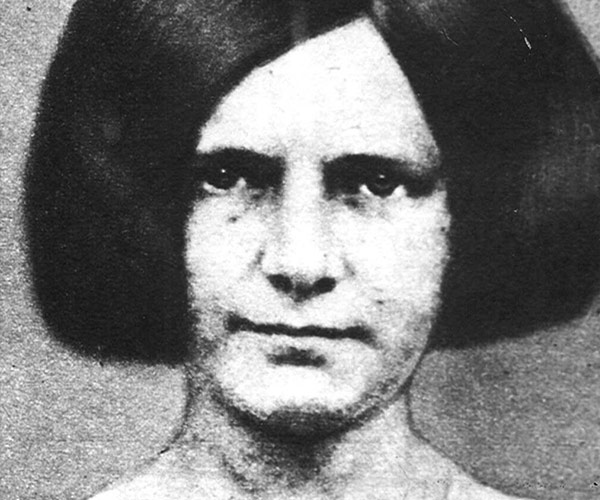 The inquest concerning the death of Mena Griffiths (12), a school girl who was outraged and murdered, the body being found in an unoccupied house at Ormond last month, was opened to-day by the city coroner. The court was crowded.  The mother of the dead girl created a scene in court when at the mention of the accused’s name she screamed. “Let me get at him.” She had to be assisted from the court. Robert James M’Mahon (36), a motor mechanic, who was arrested in

Sydney, was present in custody on a charge of murder. Leslie Griffiths, a brother of the murdered girl, broke down and sobbed while giving evidence of identification of his sister’s body. Dr. Mollison, who made a post-mortem examination of the body, said that the mouth was filled with a round mass of torn singlet which was fastened and tied around the neck by a piece of some material. The child had been criminally assaulted. Death was due to suffocation. William Minchin, a laborer, of Temora, said that on November 26 he found concealed under a sheet of tin a leather kitbag. It was the one produced in court.  Sergeant Stewart, of Temora, said that he arrested M’Mahon at the Temora Post Office and asked him if he had a swag. M’Mahon said he had, but later he denied that he had a swag, saying that he had thrown it away.

Later, as a result of something Minchin told him, he took possession of a kitbag which contained a pair of trousers, two shirts, two singlets, a pair of black boots, a towel, an eiderdown quilt, a black tie, a bicycle pump, a black felt hat, two collars, a girl’s waterproof hat, a tweed cap, and a skull cap. Thomas Jones, a railway porter at Temora, said that he received a case of oranges at the Temora station consigned to M’Mahon. The man who called to collect them was the accused. Charles Anthony Taylor, Government analyst, said that on examining the clothing in the leather kitbag he found human blood on a dirty shirt and singlet. The blood appeared to have been brushed against clothing. His examination of the trousers revealed that some attempt had been made to remove the bloodstains. A small quilt had a few bloodstains on one corner. M’Mahon: If bloodstains were found on my garments and you took a specimen of my blood, would it be possible to tell whether the blood on the clothing belonged to me? Witness: Yes. There is a method of doing so.  M’Mahon: How long would you say those stains have been on the articles? —I cannot say the exact time, but they are not very old.  Would you say that the bloodstains occurred at the same time or at different periods?—They had the appearance of having occurred at the same time.

Lilian Hawk said that on the afternoon of November 8 she was sitting with her daughter in a car at Fawkner Park. She took particular notice of a man who came out of the park with two little girls. That man was M’Mahon. She next saw him about two weeks ago at the police station. She had no doubt about him. Carlene Hawk, a typist, said she saw M’Mahon come out of the park with two little girls.  Henry Carlos deposed that he saw M’Mahon talking to four little girls in the park. Joyce Griffiths was one of them. He had no doubt as to his identity. The nert witness was Joyce Griffiths, who said that while Mena was at the joy wheel in the park a man came up and spoke to her. Asked bv the coroner to stand up for identification. M’Mahon said: Was it me, dear?” to which the witness replied “Yes.” Witness, continuing, said that the man said to Mena: “I want you to go a message, and don’t tell anyone you are going.” Mena said, “All right” She wanted witness to go with her. but the man said, “You cannot go. He took Mena into Paisley-street and went towards Commercial-road.