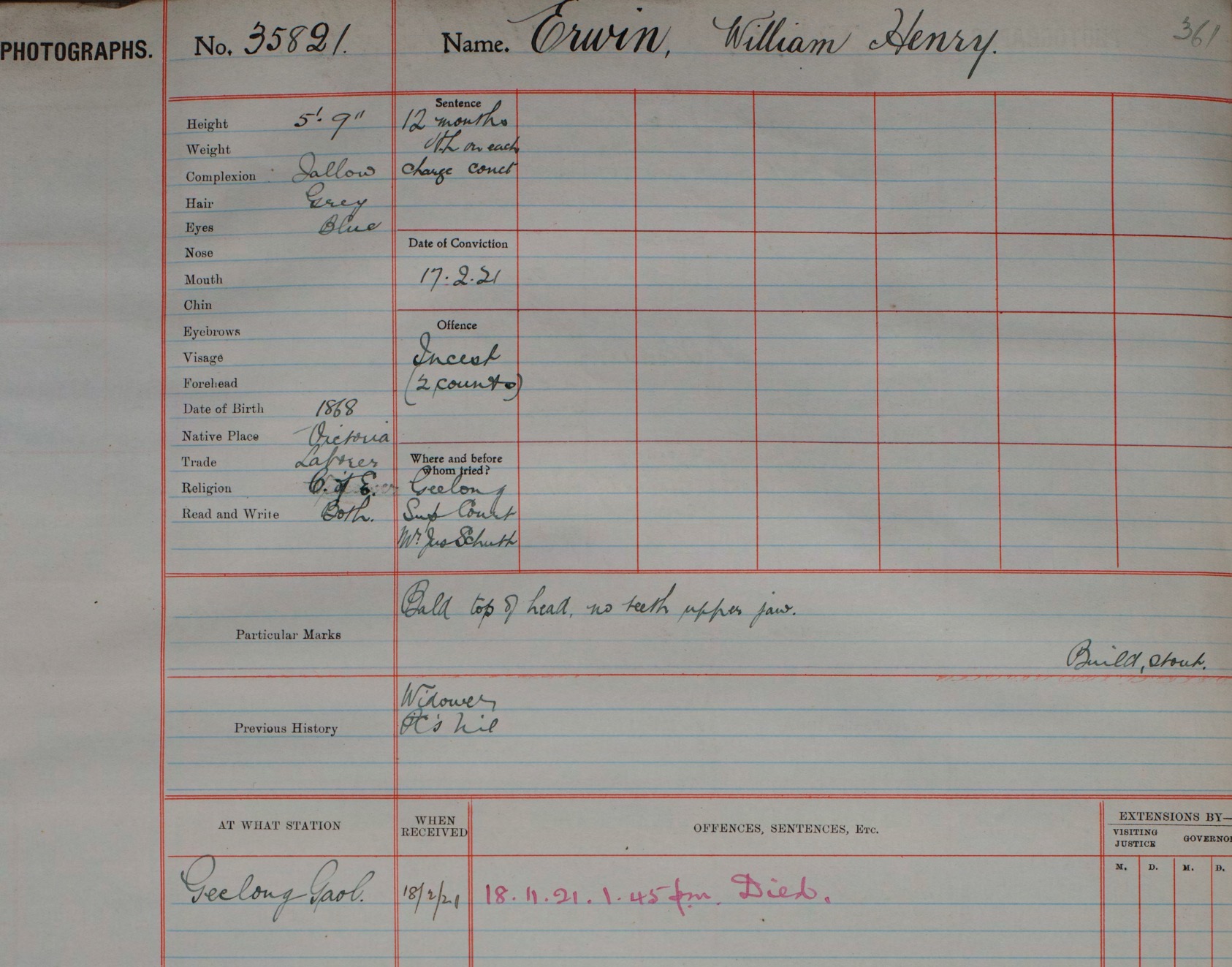 The deputy coroner Mr. W. R. Anderson, conducted an inquest into the death at the Geelong Gaol. William Henry Erwin who was undergoing a sentence. Dr. Croke stated that death was due to apoplexy caused by cerebral hemorrhage, and a verdict was returned accordingly.